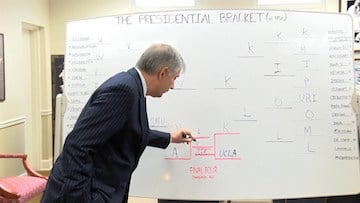 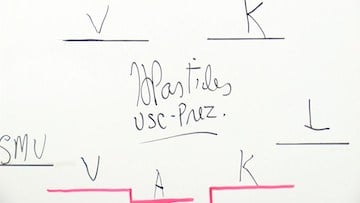 The final seal of approval for Pastides' NCAA tournament bracket 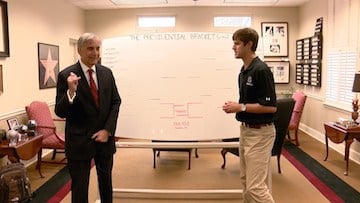 Before eventually picking against the Gamecocks, Pastides showed the USC family his true colors

Selection Sunday seeded the Gamecocks No. 7 in the East region of the NCAA basketball tournament with a first round match-up against Marquette.

This seeding is the first appearance in the big dance for South Carolina since 2004. President Obama has done the Presidential bracket for many years, but Trump will be ending that tradition.

We had USC President Harris Pastides fill the void by completing a bracket of his own. He's pretty convinced he made all the right picks.

It's a no-brainer that Pastides had to pick the Gamecocks who were favored in their first round match-up against Marquette.

But his curve ball, and biggest upset pick in the tournament, came on bracket slot below USC. He picked 15-seeded Troy to knock off 2-seeded Duke, which would allow him to easily advance South Carolina to the Sweet Sixteen.

Pastides picked USC to go only so far however, predicting the Gamecocks would fall to SMU in the Sweet Sixteen.

"I'll tell you right now, because I believe in that SMU team," Pastides stated, "I'm afraid my Cocks are going to fall to SMU."

The game Pastides was most intrigued to see was an Elite Eight matchup between UNC and UCLA.

"One of the best games in the tournament right here," Pastides said. "There's going to be a buzzer beater in that game," where he picked the UCLA Bruins to advance to the final four.

The Final Four of USC's Presidential bracket consists of Villanova against Arizona and UCLA against Kansas.

President Pastides picked the two teams out west in Arizona and UCLA in the finals. His final pick was the Bruins of UCLA will cut down the nets in Phoenix.