Scholarly pursuit: The legacy of a civil rights archivist - DatelineCarolina 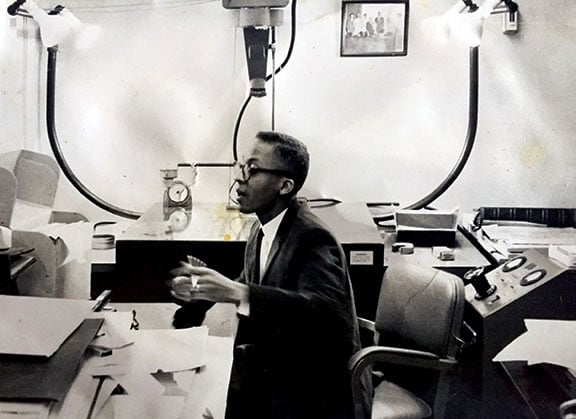 Scholarly pursuit: The legacy of a civil rights archivist 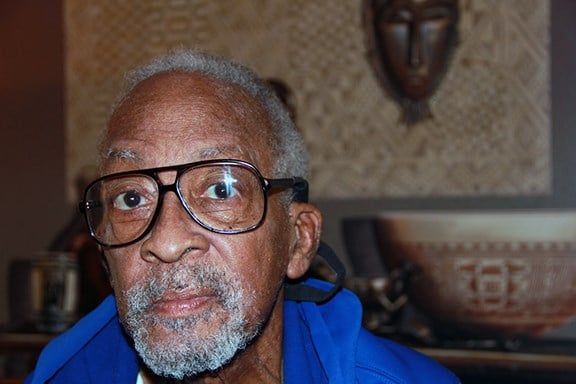 Willie Harriford, retired director of the African American Studies program at the University of South Carolina. 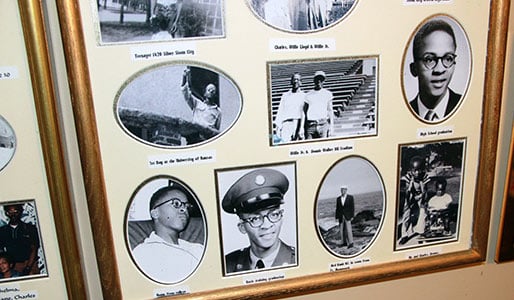 Willie Harriford’s den is filled with family photographs including some black and white photos that follow his college career and his time in the military. 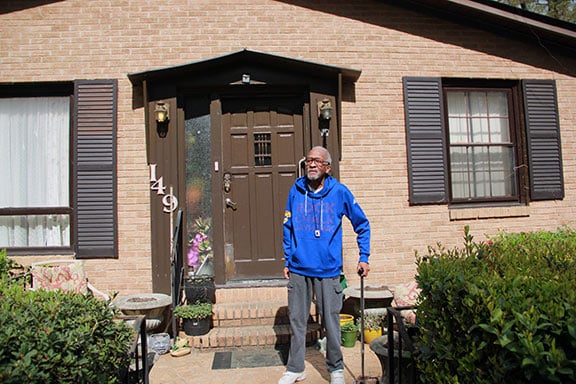 Harriford is 82 years old and has lived in the same house in Columbia since he moved to the Riverview Terrace-Ardin Caple neighborhood in 1971 with his wife and children. 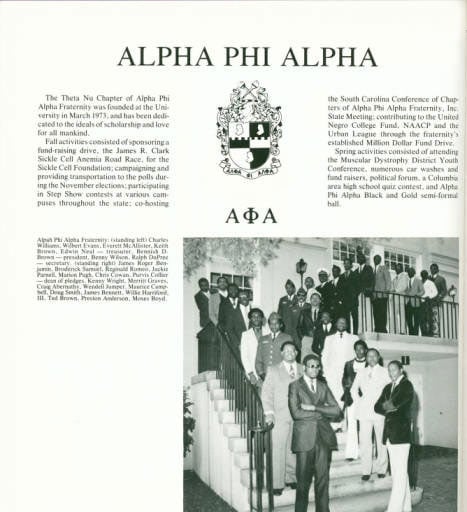 Harriford started the Alpha Phi Alpha chapter at the University of South Carolina in 1973.

Willie Harriford remembers growing up as the only black child in his Iowa elementary school.

“After a while I didn’t care,” he said. He and his white friends played and tussled together with little thought of race.  Small in stature, he cultivated taller, bigger friends.

“If they wanted to punch me, they would have to punch them too,” Harriford, 82, said.

But even as a little boy, Harriford knew that his African-American experience differed from that of his white Midwestern neighbors. That understanding would define his life as he journeyed from Missouri to Georgia and then South Carolina to expand knowledge of what it means to be black in America.

After he finished college, Harriford, a good standardized test taker, passed the civil service exam and did well enough to become an archivist at the Harry S. Truman Presidential Library.

In the wake of the nation's burgeoning civil rights movement, his skills in archiving and documenting the pursuit of equality for future generations  of scholars would prove worthy.

Harriford, now retired, remembers early road trips with his grandfather, traveling from Fort Worth, Texas to Sioux City, Iowa. His grandfather would point out junctions along the route where acts of violence and racism occurred.

Being a subject of curiosity was a constant throughout his life, especially in his early years living in Iowa and then Missouri where he became the first African-American archivist at the Harry S. Truman Presidential library.

“When people came to the library, especially politicians, they always wanted a picture with a colored,” said Harriford.

Harriford would search out documents for the former President and explore the basement which housed guns and other military relics given to the president.

“There were ole-timey pistols, like cowboy guns. I remember being in the basement of the place practicing my quick draws,” he said.

After his time at the Truman Library, Harriford took another archivist job in Atlanta at The Martin Luther King Center, chronicling the life of one of the pivotal figures of the American civil rights movement. During his time there, he became close to the King family; Harriford’s children played with King’s children.

His job of documenting this time period became increasingly crucial after King’s assassination in 1968.

“A lot of sad things happened to that family,” Harriford said.

His career would then take a turn going into the approaching decade.

Traveling through the maze

A young, restless Harriford came to Columbia with a family in the very early 1970s to become the first black director of African American Studies at University of South Carolina.

Harriford was brought in to the university by request of the students. At the time, the director of African American Studies was white. Even though he was knowledgeable, his students wanted someone who not only had the academic background, but also the experience of being black in segregated America.

“It was my job to tell them how to get through the maze because you’ve been through it,” Harriford said.

In Harriford’s college career, he was a member of the Alpha Phi Alpha fraternity at Kansas University. He wished to continue the legacy at USC and put together the first campus African-American fraternity in 1973.

Bobby Donaldson, a USC history professor and the director of the Civil Rights Research Center at USC, has studied civil rights for more than half his life. He says that Harriford’s goal was to give a richer account of the civil rights movement in the late 1960s and 70s, especially in South Carolina, and serve as a mentor.

Donaldson recently unveiled the USC Civil Rights Research Center and was responsible for bringing Harriford’s academic and personal papers  into the collection. The collection is in the process of being digitized.

Harriford grew impatient with the subliminal undertones of segregation he witnessed in South Carolina and Georgia. It would make him realize the importance of his work and the activism he demonstrated to his students.

He recalled an overwhelming year as the only full-time faculty member for Afro-American studies during the first years of the program.

In a Daily Gamecock newspaper article in 1973, Harriford said one of the issues that inhibited the program from growing was the lack of scholars qualified to teach Afro-centric courses.

Harriford noted that the university was changing from a small, elitist school to educating all of the state’s children, black and white. He argued that adding more black faculty and students would benefit the college and the state.

“Courses have been attractive to both black and white students. In some instances, whites have constituted the majority in a particular class,” Harriford said in the Daily Gamecock’s article.

Harriford knew his role in the university also gave him a position to address issues no one else wanted to acknowledge.

“He was very good at collecting documents and papers from all across the city of Atlanta and from the King archives,” said Sellers. “I know it was going to be good" to have him at the MLK center.

Seller would later build on the work of Harriford and another African-American Studies director, Grace McFadden, when he came to the university in the late 1990s to teach. He was later named director of the USC program.

“I think he is just a general legacy talking about civil rights and African American history and the richness of that history here in South Carolina and trying to document that,” Sellers said.

Sellers and other colleagues believe Harriford is a monumental figure in South Carolina. Without his work, many accounts of that time would be lost to history.