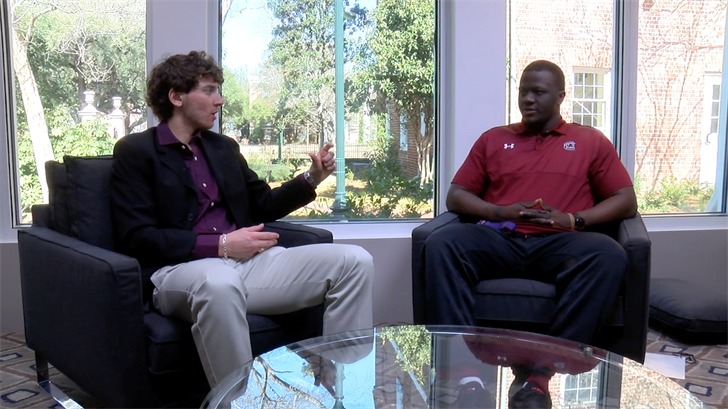 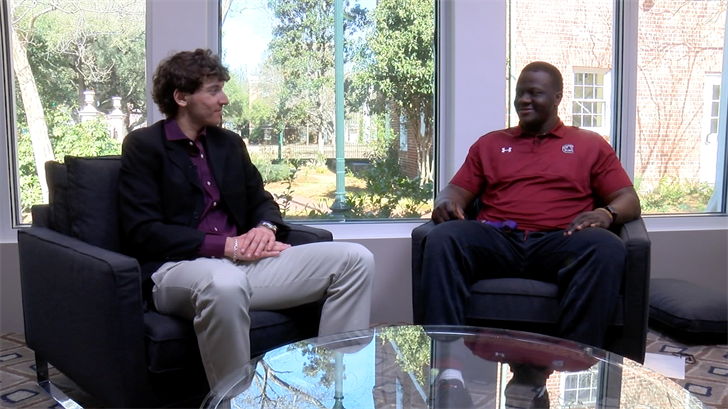 USC Track and Field captain Joshua Awotunde says he needs to continue to stay relax and confident to continue his successful season.

University of South Carolina Track and Field Captain Joshua Awotunde says track and field team is poised for a successful run during the championship meets.

He said the team performed very well at the Armory Invitational in New York City, citing freshman shot-putter Alycia Springs' throwing a personal record as one of the standout performances of the meet.

Awotunde also said the two meets at Clemson University were meets where the team really focused on fixing the little things individual flaws before the postseason and also concentrated on growing as a team.

The 2016 outdoor shot put All-American said that he personally is working on letting his legs do more of the throwing. Awotunde said it's really the lower body strength that creates most of the power in throwing.

Joshua Awotunde did exactly that, finishing fifth at nationals and the other Gamecocks who qualified for Indoor Nationals will travel to College Station, Texas to compete on March 10th and 11th.