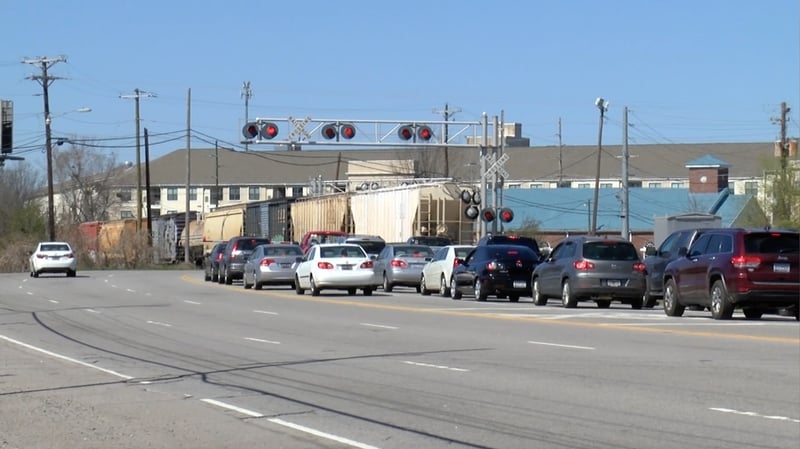 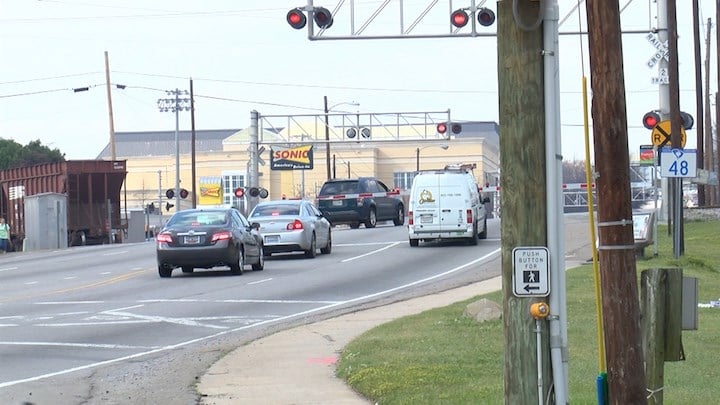 Drivers and pedestrians often make unsafe choices when trains are stopped or not actually on the road. This driver is going through the lowered barriers with a stopped train nearby. 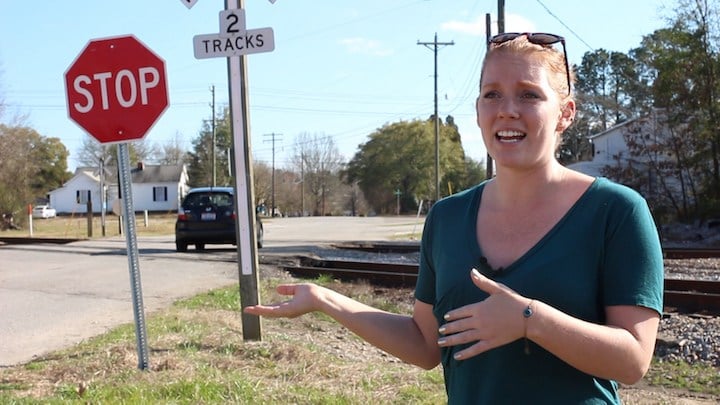 Natalie Lytle was crossing these tracks a few streets over from Assembly Street when she had her encounter. These tracks are not included in the current study.

Anyone who has encountered a train on Columbia's Assembly Street and other areas south of the city knows the frustration that comes with the traffic delays.  The stopped traffic can certainly feel like a nuisance but the train traffic can turn dangerous.

University of South Carolina student Natalie Lytle had a near miss with a train one evening while she was driving to campus, crossing tracks near Assembly street, one without crossing arms.

"I was right in the middle of the tracks when I felt a bright light come in to my car," Lytle says. "I turned, and there was a train coming down the tracks just a couple yards down. I was kind of in shock and kept driving, but when I parked I realized that it was a really dangerous situation I was just in."

Lytle tells us she was not using her phone while driving that night, but she worries that others who might be distracted while driving may not end up as lucky as she was.

The City of Columbia hears stories like Lytle's as well as complaints from Columbia residents on a regular basis.  It has been trying for decades to do something about the issue, including studies on building overpasses and rerouting tracks.  None of those efforts led to much because the huge price tags of such changes.

In early February, the city decided to try again, with matching funds from the South Carolina Department of Transportation to update the last feasibility study published in 2009   The city is hoping to re-asses potential ways to separate the train tracks from Assembly Street and other crossings.

The big concern is about how any solutions could actually be paid for.

"The funding to actually implement a project is just so astronomical," says Melissa Gentry, Assistant City Manager of Operations for the City of Columbia. "That's not something City of Columbia can do on its own. We're certainly committed to doing our share and seeking any grant funds that are available, and there will likely be some federal money mixed with state, city, and county money to make it happen."

In 2009, a feasibility study recommended four methods to separate the at-grade crossings from Assembly street, but the city, the state and the railroads didn't have the money to go ahead.

"I believe it was a $169 million project," says Gentry. "It has not changed that the City of Columbia cannot do it on its own, but we're certainly going to advocate for it and push for it and help try to seek those funds."

Updating the feasibility study will be a two-year project, including a study phase, and environmental impact phase, and a public input phase. After that, if the city does find a way to fund the project, it will take many several more years to complete.

The bottom line: maybe someday the trains will no longer cross the increasingly busy Assembly Street, but it will not be any time soon. For now, commuters must continue to sit and wait, and practice safety first.