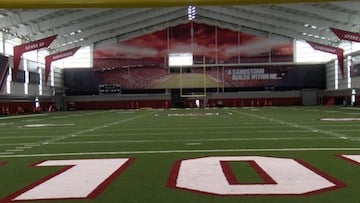 The big business of athletic departments 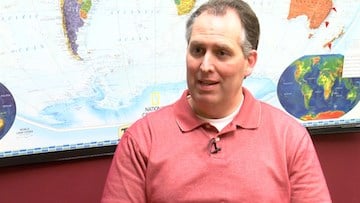 Rice Athletics Center stands as the headquarters for the athletics department

The University of South Carolina ranked 17th in the NCAA in athletic department revenue, bringing in just over $113 million in 2015. That was more than double the $46 million in revenue from ten years earlier.

This revenue increase is due to more contributions, high ticket sales, the fan base and a lucrative SEC television contract. Even with those huge numbers, the Gamecocks only ranked tenth of the 14 teams in the SEC in income from athletics.

The athletic departments expenses aren't very far off from the revenue numbers either, topping $107 million in 2015 for South Carolina.

Mark Nagel is a professor of sports finance at USC. He says that the spending will continue to rise as revenues do.

"If we get more money, we spend more money," Nagel said. "There isn't necessarily any mechanism to put the brakes on spending because it's a non-profit entity."

The University of South Carolina athletic department has multiple facility projects around campus.

Non profits exist to fulfill one of the purposes recognized by federal law; charity, education, science, or literacy. As long as you are fulfilling one of these criteria, you can actually make a profit and not actually have to pay taxes on it.

Athletic departments fall under the realm of education. To keep a tax exempt status, all revenue brought in must be spent for the betterment of the student athletes and their education.

"If we lose our tax exempt status, we would have to rely on the universities and tax dollar and probably tuition dollars to help underwrite athletics," Tanner says.

Tanner also says that whatever profits the athletic department does make in a fiscal year is also used for education.

"Any revenues that we have at the end of the year that exceed our costs, we donate that money back into the university for academic scholarships," Tanner says.

Many college athletic departments also get money from regular students through mandatory athletic event fees. Any student taking six or more credit hours is charged $86 per semester as part of an athletic event fee even if they don't go to a single game. Mark Nagel says that many students don't like this because they say it doesn't benefit their educational experience.

"When we talk about SEC, ACC, Big 12 football, basketball, where we have 85,000 people, and it's on television," says Nagel, "is this actually educational in nature. Are they fulfilling the exempt purpose for which they have been granted the exemption? And I think the answer for a lot of people is starting to change from yes to maybe no."

Some SEC schools don't charge athletic fees but Tanner notes that USC and Vanderbilt are the only SEC schools that give students free tickets.

A few schools across the nation, such as Alabama and Missouri, have eliminated their student athletic fees. Others, such as University of Virginia, charge as much as $657 for athletic fees for students.  This could create backlash if universities continue to make students pay for their athletics, and students protest this fee is not needed for their educational experience at a school.

Athletic departments invest their revenues back into their student athletes, and even their student body. They are very involved with the educational mission of the school and providing the absolute best experience for student athletes. This is what allows these departments to spend $50 million dollars on a football operations center. Not just to draw attention from big-time recruits, but to give these recruits a extraordinary educational experience on and off the field.