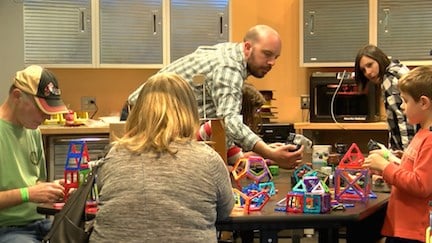 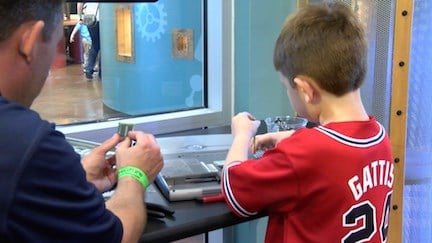 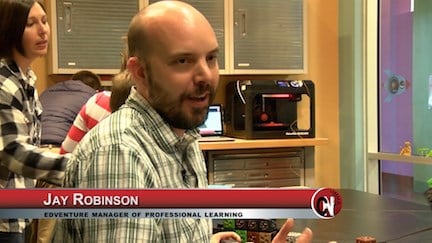 Maker program coordinator Jay Robinson reflected on his days as a kid when he used to take apart his mom's hair dryer. His love for science and working with his hands make working at the Maker program the perfect job for him.

Roughly 1,000 kids came through the door to tinker with toys and build robots in Edventures three-day celebration for its 5th Annual National Engineering Week.

Edventure's "Maker" program is designed for kids who are fascinated with building and taking things apart. Program Coordinator Jay Robinson was a tinkerer himself as a child and now loves watching what kids have a place to build on their own.

"By not having a recipe the kids are able to open up their own minds and we come out with all different kinds of robots," Robinson said.

Robinson's work at Maker is only a little piece of his puzzle. He has a grant from NASA and Google that allows him to expand these engineering stations to kids around the Southeast.

With the grant from Google, Jay is bringing the Maker program to elementary and middle schools across South Carolina. They're taking unused space in schools and changing them into work stations modeled after the one they have at Edventure.

"An old junk room or closet space or part of the library that they weren't using before and they'll walk in and there will be robots and card board, things they can build, take apart, engineer, re-purpose and up-cycle," Robinson continued.

The Maker program has something for all inventors. They're focused on interesting girls as well as boys because of the imbalance of the sexes in the engineering industry.

They don't want it to "become a boys club, that maker's spaces can be attractive to everyone," Robinson said.

The program was in full effect for the engineering week occasion but there are pop-up maker-stations often at Edventure.