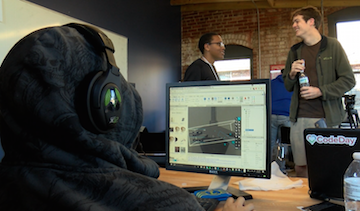 Students channel inner programmer to create their own computer games 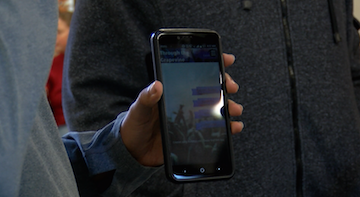 A group of students successfully created an app called "Through the Grapevine" that is now available on androids. 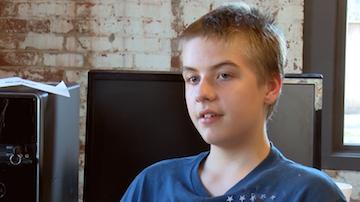 Fifteen-year-old Isaac Hall can not wait to return to the next Code Day Columba.

High school and college students had 24 hours to create their very own app or computer game from start to finish.  Students were participating in Code Day, a national event that allows students to attend workshops and work with mentors to design and code their own games.

Judge and mentor Giovanni Difeterici has been a part of Code Day in the past. He thinks that coding, the language of technology, is necessary in our society.

"It's not just technology. It's an art form. You can do a lot of expressive and powerful things with software and programming."

This event allowed students to not only get better at coding but learn to work together as a team.

"I've never seen something like this where you can just go with a group of people and code," says Isaac Hall.

Isaac is a fifteen-year-old coder who helped create "Ultimate Destruction," a game that uses weapons to destroy objects.

Over 30 students competed for titles such as "Best Game" and "Best Graphics." Hall and his team took home the award for "Best Game."