Gamecocks hoping to keep history from repeating itself - DatelineCarolina

Gamecocks hoping to keep history from repeating itself 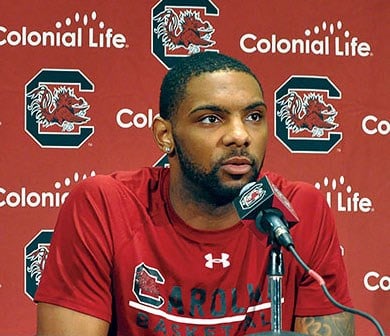 Senior guard Sindarius Thornwell said it's important for the seniors on the team to lead the younger players and keep them focused as the season nears its end. The Gamecocks will play Florida after a rough patch of three recent losses. 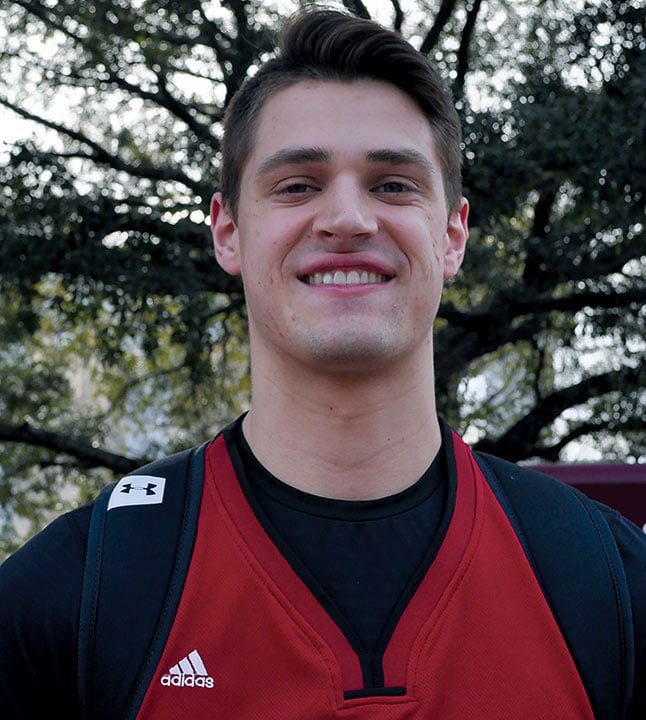 University of South Carolina Sophomore Sam Brown has been following the Gamecocks' season and has experience playing basketball throughout high school and college. He said he thinks Frank Martin is a good coach who knows what he's doing. 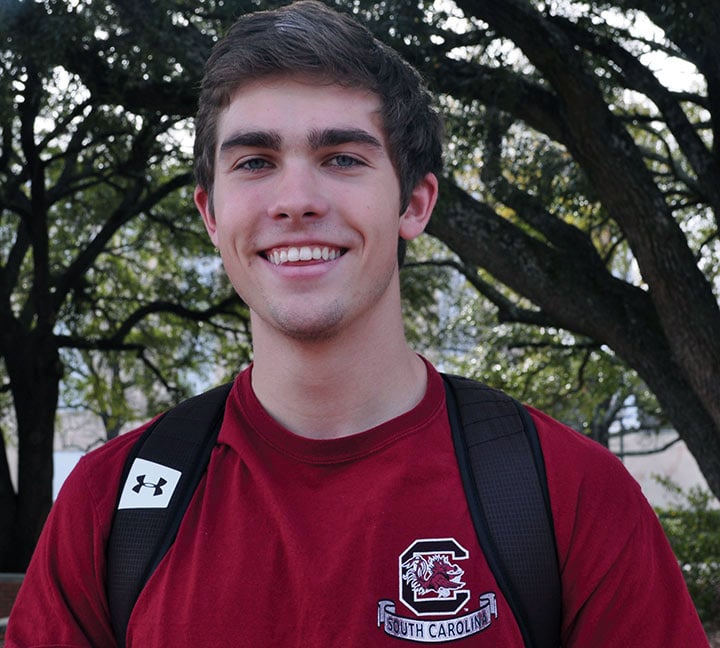 Second year USC student Bryant Sasser said he's not sure the Gamecocks will be able to beat the Gators on their home court Tuesday night. He said when he's watched the past few games, he thinks the team is taking too many 3-point shots.

By Joseph Crevier and Taylor Halle

The Gamecocks are in free fall and it’s not the first time this has happened.

Last season, sitting at 15-0 in mid-January, Frank Martin’s basketball team was pegged for its first NCAA Tournament berth since 2004. Then the team began playing SEC opponents.

The team lost to Alabama… then Tennessee… then Georgia, not once, but three times. South Carolina’s seemingly perfect season quickly unraveled, finishing 10-7 in conference games, including four losses in six games down the stretch.

South Carolina isn’t in panic mode just yet, but it’s close. The team has dropped three of its last four games against beatable opponents, which is just on schedule with last season.

“Us older guys, we talked about it yesterday, we don’t want history to repeat itself and what happened last year, happen this year. Us older guys get caught up in that kind of stuff,” Sindarius Thornwell said.

While Thornwell hasn’t been part of the Gamecocks slide, the other ‘older guys’ have. In the past four games, senior Duane Notice shot 16.7 percent from three including a 1-11 performance in 54 minutes against Alabama, sophomore Chris Silva has fouled out three times and sophomore P.J. Dozier shot 34.4 percent.

“We gotta get back to guarding guys and showing that we can stop any guy,” Thornwell said. “I think the fouling is really on us right now with guys hesitant to be aggressive because of the hand checks and the fouls they’ve been calling against us.”

"Frank is a good coach, he knows what he's doing. His system is mainly about effort and energy," sophomore USC student Sam Brown said.

Coach Martin isn’t worried about his team, though.

“Our spirit is not broken,” Martin said. “They’ve been great. I like my team. I liked last month, I liked them in October, I like them today.”

Next, South Carolina faces the No. 13 Florida Gators in Gainesville. The Gamecocks won the matchup in January 57-53, but since the Gators have won eight straight games and jumped six spots in the national rankings.

This time, however, the Gators will be without their center John Egbunu who tore his ACL last week.

“It makes them different. He obviously is their shot blocker, he obviously is a low post presence. He’s a big strong, athletic, physical presence at the rim that’s a problem for everybody,” Martin said.

A loss to Florida wouldn’t disqualify the Gamecocks from a potential NCAA Tournament berth, but a three-game losing streak as the season winds down will look less than favorable for the selection committee.

South Carolina will play Tennessee, Mississippi State and Ole Miss after Florida to close out the regular season.