Columbia promotion aims to get shelter pets into homes - DatelineCarolina 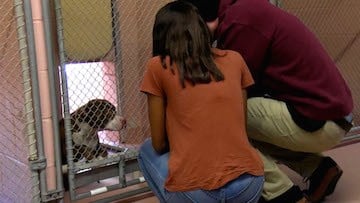 Columbia promotion aims to get shelter pets into homes 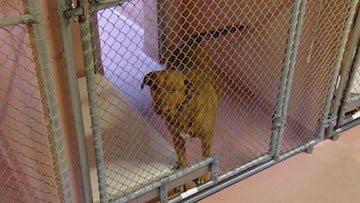 A shelter dog wags his tail as people walk past at the Columbia Animal Shelter. 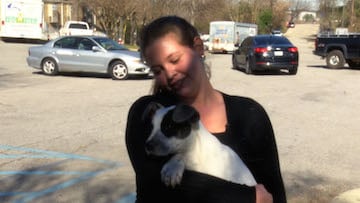 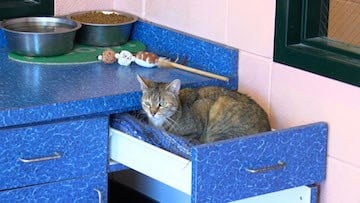 A shelter cat relaxes in a draw in the "Fat Cats" room of the Columbia Animal Shelter.

Columbia's Animal Services Department has cut the cost of adopting shelter pets from about $70 to $35 for the rest of the year.  The city is trying to get more animals adopted and fewer animals euthanized.

"We didn't want to have any barriers for people to want to come out and get something," she said.

Columbia wants to get more pets adopted so that shelters can stop being kill centers. The Pawmetto Lifeline Shelter estimates that more than 15,000 animals enter a shelter in Richland and Lexington counties each year and about 7,700 of those animals are euthanized.

"Who wouldn't want to adopt her," she said, showing off her newest puppy, Nafa.

Williams has owned ten shelter dogs in the past. She supports the idea of Columbia shelters moving away from euthanizing animals.

"They're just like people, they have feelings," Williams said.

Drum says that being able to unite more animals with the perfect family is the most rewarding thing about the promotion.

"It's a great feeling.  Because the animals coming into the shelter, it's sort of the last stop for the train," she said.  "We really want to see them get a second lease on life."

The $35 adoption fee includes spay/neutering, de-worming, a Microchip, and National Registration for the pet.  Drum says that in addition to the adoption fee that is being offered for the rest of the year, their will be sales during the holidays.

The Columbia Animal Shelter also posts all of the shelter pets up for adoption on Petfinder.