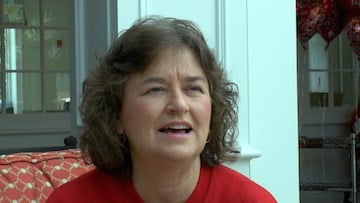 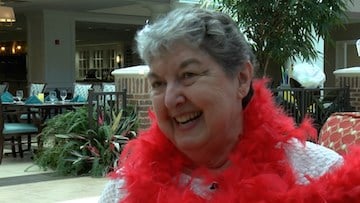 Resident Ella Pfaehler is the energy of the Valentine's festivity

Valentine's Day is typically thought of as a day for couples to express their love for one another with chocolates, flowers and balloons. But one Columbia community put their own spin on the day.

Residents of Still Hopes Retirement Community made it a day of cymbals and song yesterday.

Several of the residents are part of a glee club, that practices once a week. They look forward to singing and playing cymbals for special occasions. This year, they wanted to make the season special by bringing an intangible gift.

Several feel-good songs filled the air, one of which was "You are my Sunshine". Resident Ella Pfaehler believes in the value these musical gatherings bring.

"Maybe someday I will be one of those people in the nursing home and I hope someone will think about me so I'm just paying it forward maybe."

The residents say they do this, as Pfaehler said, "to walk up and hug somebody for no other reason and...show some love."

Director of Activity Services Sherry French sees how much it means to the residents when they usually say respond with "you made my day."

It's a simple story that shows gifts can come in all forms, whether it's a box of chocolates or songs from the heart on a day for love to be shown to anyone.