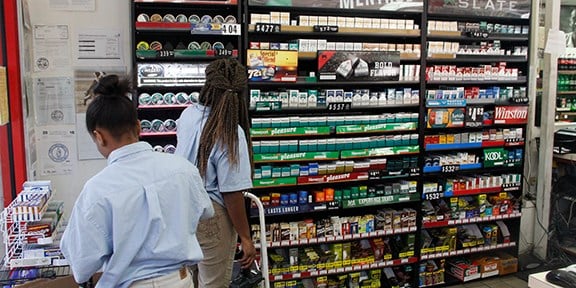 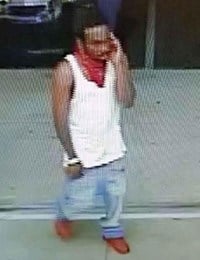 Columbia police describe the suspect as a black male, between the ages of 20-30 years old, with a dark dreadlock ponytaile and mustache. 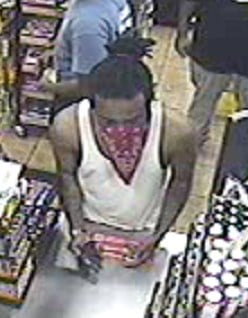 The suspect was seen leaving the scene of both Columbia robberies in a 1990's model Honda Accord with South Carolina license plate number -- 99381-W. 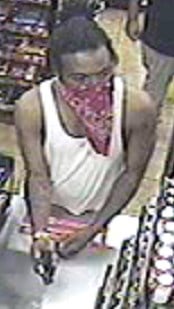 Columbia Police Department requests the public's assistance in identifying the suspect. Any information on the robberies should be reported to 888-CRIME-SC (274-6372). 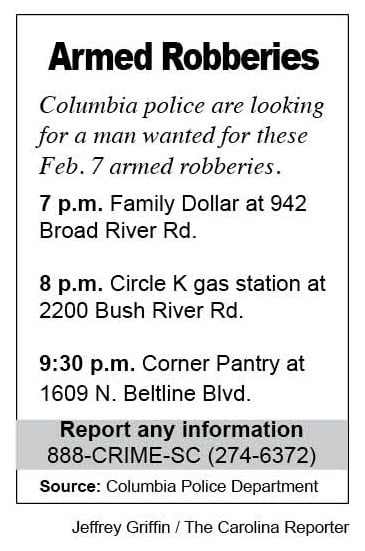 By Lindsey Hodges and Jeffrey Griffin

Columbia Police are searching for a suspect in three separate armed robberies that took place between 7 and 9:30 p.m. Tuesday.

Police said the suspect, described as a black male between 20 and 30 years of age, first went to Family Dollar on 942 Broad River Road around 7 p.m. and demanded money at gunpoint. He left when the cashier could not open the register. Family Dollar declined to comment on the incident.

The same suspect then allegedly robbed a gas station at the 2200 block of Bush River Road, police said.

Around 9:30 p.m., the suspect walked into Corner Pantry at 1609 North Beltline Boulevard, flashed a gun and demanded money, taking an unknown amount of cash, police said.

Corner Pantry’s assistant manager Quantaya Pettway says that there’s only so much a cashier can do when involved in a stick-up.

“The only thing we do is hit that button over there and give them the money and call 911,” she said. The store has a panic button that alerts the police when pressed, but clerks are also trained to call the police to indicate the urgency of the situation.

Although not at the store during Tuesday’s incident, Pettway has been the victim of a previous robbery.

“It’s not a good feeling to feel. I mean, it had me wondering what’s going to happen. You never know,” she said. Pettway says she tries to “be cautious of what’s around” and remain aware of her surroundings to have control of the situation.

Columbia Police Department encourages anyone with information about the robbery to contact Crimestoppers by calling, texting or going online.