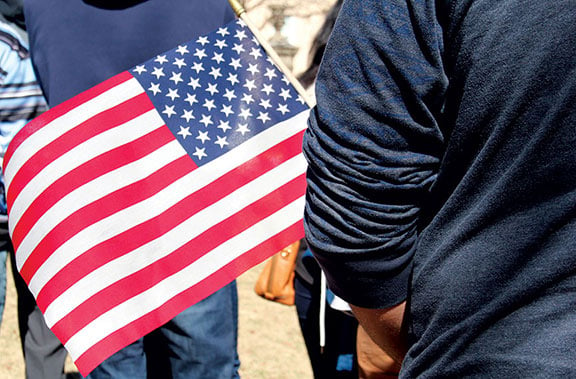 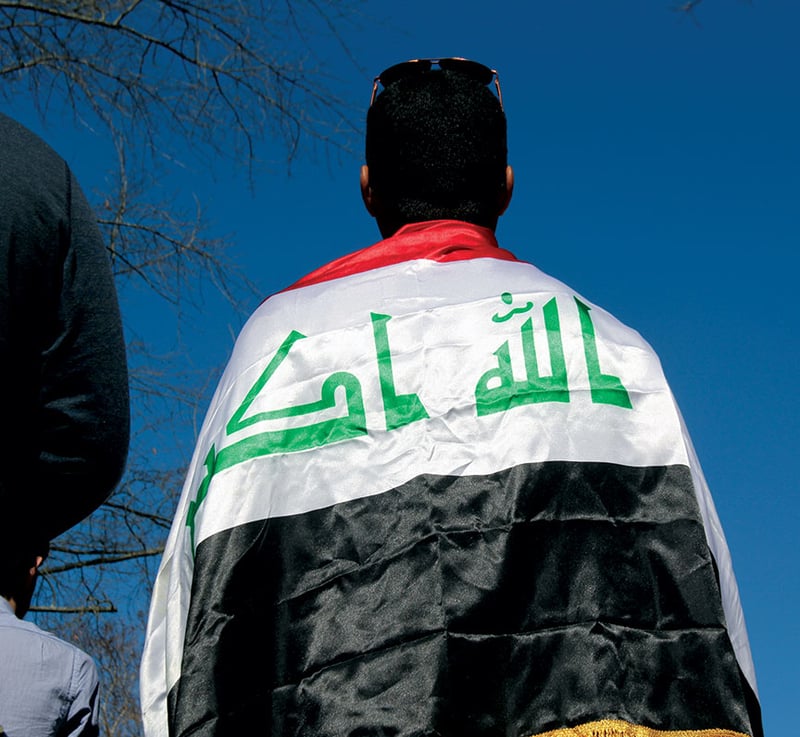 Habeeb Alsudani wears the his home country Iran’s flag Thursday in a protest against the travel ban executed by President Donald Trump. Alsudani said he came to protest because of his family not being able to see him. 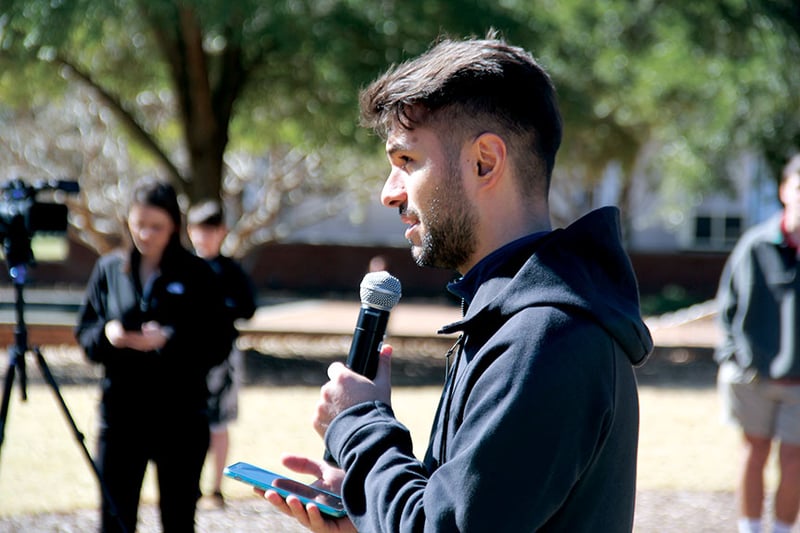 Sahard Faraji from Turkey speaks Thursday at the protest in front of almost 50 people. Faraji spent two days trapped in an Istabul airport because of the ban. 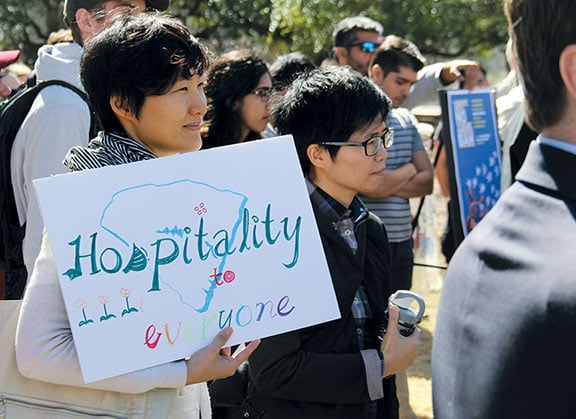 Anthropolgy faculty member Seo Yeon Park joins the protest at USC. The crowd was full of immigrants from across the world to protest President Donald Trump’s travel ban of seven predominently-Muslim countries.

By Joseph Crevier and Collyn Taylor

Students and faculty gathered at the University of South Carolina Thursday to discuss the effects of President Trump temporary travel ban, including chemical engineering student Sahard Faraji who was stuck in Istanbul for two days as a result.

The gathering took place on Greene Street, in front of the Russell House, and attracted a diverse crowd consisting of faculty members and students of Muslim descent who have been directly affected by the order. Others were there merely to show support.

The immediacy of the executive order has caused unrest and anxiety among the Muslim community, particularly for those traveling from one of the seven banned countries, and has made travel even more difficult than before.

“I was stuck at the Istanbul airport for two days, unfortunately. The airline refused to issue my boarding pass just because of my nationality and because of the executive order,” Faraji, who is pursuing his doctoral degree, said.

Faraji, who holds a valid student visa, was traveling to the United States from his home country of Iran to continue his chemical engineering studies on a full academic scholarship.

Faraji emphasized that the large majority of Iranians undergo the extensive visa process for the purpose of education, sacrificing time with their friends and family in their home country.

“I’m here today to pursue my Ph.D., because I was the lucky guy, not the bad guy,” Faraji said.

Zaid Mabbas, an engineering student from Iraq, came to the United States to further his education, while his family remains at home.

Mabbas said his fellow Iraqis aren’t looking for sympathy or handouts, but instead the freedom to see loved ones, which Trump’s executive order prevents.

He reminded the crowd that Iraq is a democracy and he did not come here as a refugee.

"I want to invite my mom just to visit me here in the USA and I can’t do that anymore,” Mabbas said.

One of President Trump’s focal points during his campaign trail was to bring jobs back to America. Immigrants, mainly illegal, are often said to do the jobs that the average American refuses to do. But, Mehid Famouri, a PhD student studying chemical engineering, says otherwise.

The executive order implemented by President Donald Trump has three main components: (1) It suspends entry and visa issuance for immigrants and migrants from Somalia, Iran, Iraq, Syria, Sudan, Yemen and Libya for 90 days, (2) it suspends the United States Refugee Admissions Program (USRAP) for 120 days and (3) it suspends entry for refugees of Syria indefinitely.

Trump’s executive order is currently under appeal at the 9th U.S. Circuit Court, with a decision expected this week.