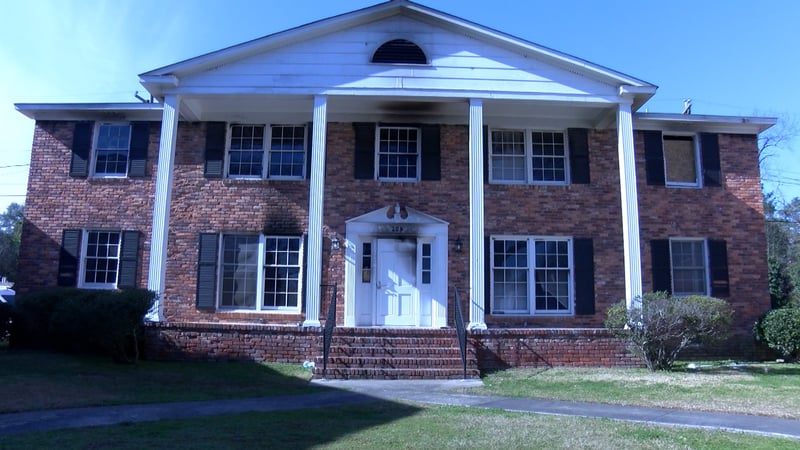 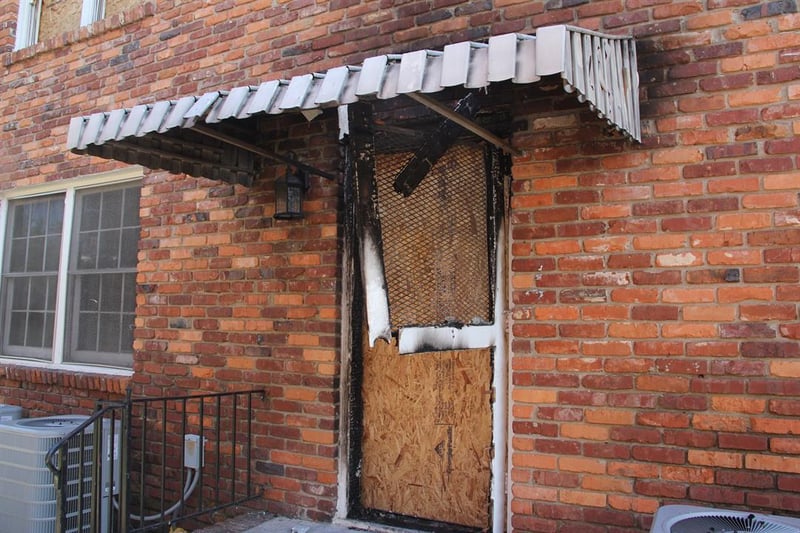 Officials believe that the fire was started in this rear stairwell of the brick building.

The Columbia Fire Department wants to talk with one of its firefighters in connection to a fatal arson investigation. The man is only listed as a person of interest and officials are not releasing his name.

City Manager Teresa Wilson says the firefighter has been placed on investigatory suspension without pay until further notice. This action came immediately after officials said the firefighter refused to be questioned by police and requested an attorney.

Columbia Police Department received tips on the identity of the man after watching surveillance pictures from an officer's body camera Saturday.

Investigators believe the firefighter may have information regarding the fire that killed 80-year old True Dent Henderson on Jan. 29 at Plantation Court Apartments. Henderson died from smoke inhalation.

Officials believe the fire was started in the rear stairwell of the brick building.

The fire was the fifth arson attack in two months in the Hollywood-Rose Hill Neighborhood. Officials do not yet know if these incidents are related.