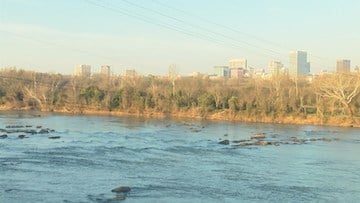 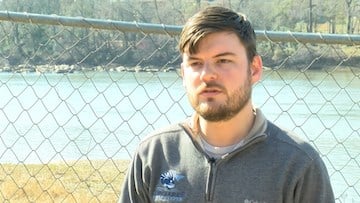 Congaree River Keeper Bill Stangler believes the best way to fix the river pollution is to stick to the original plan, which completely cleans out the coal tar. 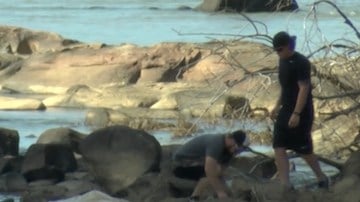 The Congaree River is a popular hangout, but visitors need to be careful to not come in contact with the water near the polluted portion of the river

The Congaree River is about to get the cleanup that it has needed for years, but not in the way that was originally planned.

South Carolina's Department of Health and Environmental Control is approving SCE&G's change of plans for the coal tar that leaked from one of its properties. Now there will only be a cap over the polluted portion of the riverbed, which is near the Gervais Street bridge.

DHEC agreed with SCE&G that its original plan to set up a temporary dam to divert the Congaree River while the coal tar was cleaned up would be impractical.

The new plans could save SCE&G $11 million, which worries those involved with the river because they believe the problem will not be fixed.

Congaree River Keeper Bill Stangler sees the cap as more of a band-aid than a solution.

"It seems like a temporary solution to a permanent problem," says Stangler.

SCANA spokeswoman Ginny Jones says putting a cap over problem areas has been done before and worked well.

"I can't speak for every situation, but I do know that we have used this method in other areas," says Jones. "One of those was Charleston, where it has worked very successfully."

Jones says that SCE&G intends to move forward with the new cleanup plans this year.

In the meantime, Stangler urges the public to do their own research and pressure SCE&G to do the full cleanup as originally planned.

The coal tar was found at the bottom of the Congaree in 2010 by kayaker Bill Thomas. He says that he stepped in the coal tar when he was getting out of the river, and it took about 45 minutes to remove all of it from his feet and shoes.

Coal tar has chemicals in it that are linked with skin cancer and are harmful to the environment. The Congaree is a centerpiece for recreational use in Columbia, including kayaking and tubing, so it is important to remove the tar's influence on the water in some way.