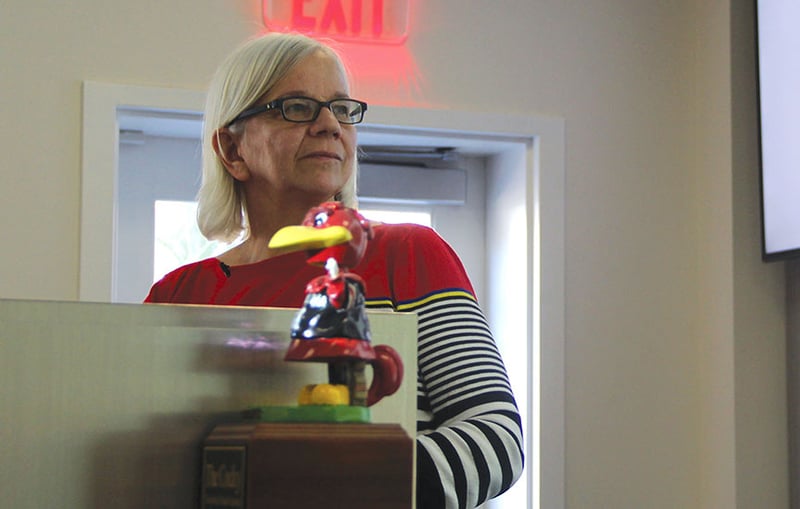 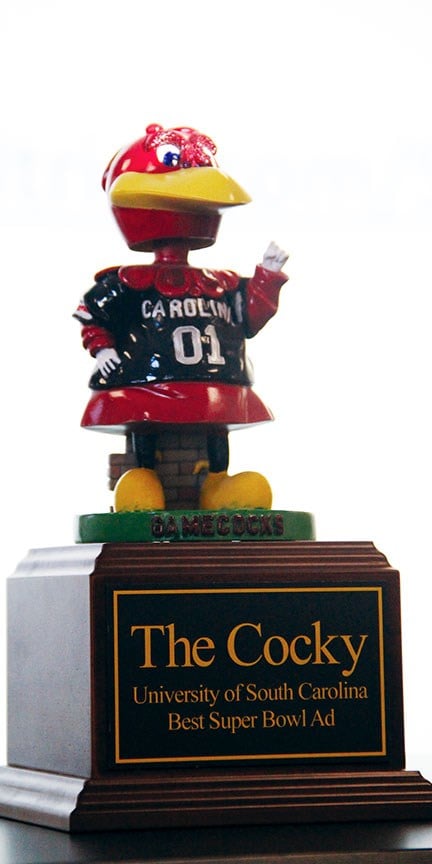 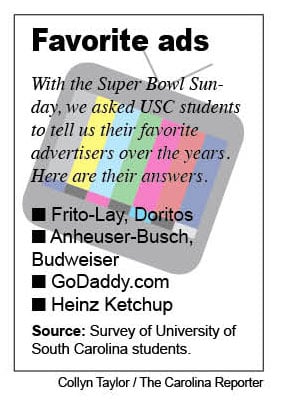 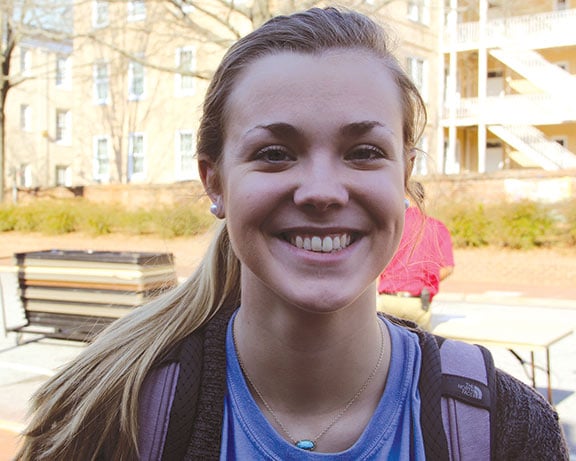 Freshman Kara McClung said her favorite part of the Super Bowl is the commercials and her favorite ads are the ones that stick out. 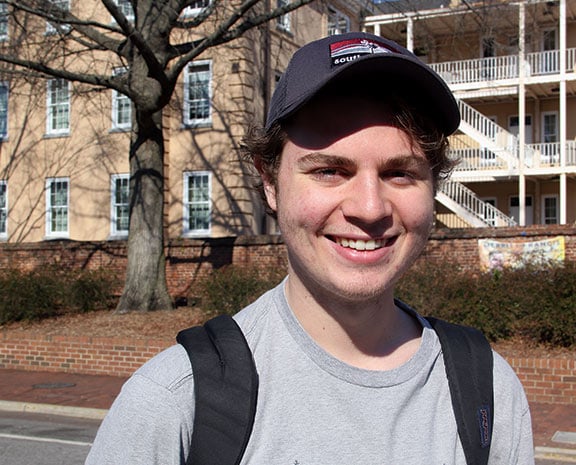 Freshman Charlie Eaton said he watchest he Super Bowl every year and likes the funnier advertisements, especially the Doritos commercials. 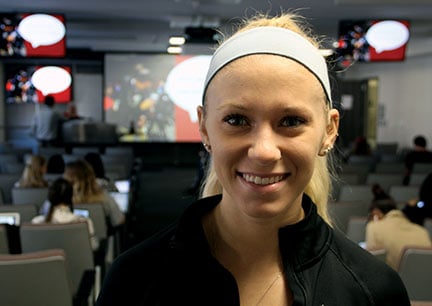 Senior advertising major Afton Hills is in Bonnie Drewniany’s Super Bowl advertising class and said her favorite ad is the “Gracie” Cheerio ad because it had a powerful message.

Bonnie Drewniany stands at the front of a long lecture hall full of students. She flashes a smile and shouts, “OK, next one!” and hits play on her computer.

Drewniany doesn’t get mad at the class’s fixation with the fluorescent screens, she encourages it.

The University of South Carolina advertising professor teaches a class centering on football’s biggest game. The class watches the Super Bowl together and grading each advertisement in real time.

The class is glued to their phones during class, grading each ad on likability, persuasiveness and brand identity. The evaluating form is online, with students rating each add from one to five (one being the highest) on each of the three categories.

The commercial with the lowest rating at the end of the broadcast wins the Cocky Award. It’s an academic approach to advertising and football, with the class evaluating each ad harder than they would through bites of nachos at a Super Bowl party.

“It gives you the tools to analyze what commercials work and which ones don’t and why,” Ja’Qor Goodwin, a graduate student in the class, said. “And how to evaluate them as part of a strategic communications campaign, which is really what this class is all about.”

Drewniany enjoys teaching this class because of the entertainment value each ad brings and how those can reflect popular American culture.

“It’s a time capsule of American society,” she said. “You can see how our values have changed over time and you can see some current events and so on.”

Compared to Drewniany’s students, freshman business major Charlie Eaton has a less-than-scientific way to evaluate these ads. He enjoys humorous ones, he said, and likes those the best. He said his favorite brand is usually Doritos.

Freshman Kara McClung said she loves the serious and funny ads, and her favorite Super Bowl commercial is any with the Budweiser Clydesdales. Her criteria for a good ad are simple.

Even with different preferences on ads, these people all have something in common; come 6:30 p.m. Sunday, Drewniany, Goodwin, Hills, Eaton and McClung will all be settled in to watch the game.

Whether they are rooting for the Patriots and Falcons, each will be there to dissect, evaluate and enjoy one of the biggest part of the biggest games of the year.

“Americans loves their football, but there’s definitely a ton of people who aren’t big football fans or don’t have that one special team or, like I said, don’t have anything invested in the Super Bowl at the time,” Hills said. “Football is very predictable, but with the commercials there’s kind of an animal of surprise.”