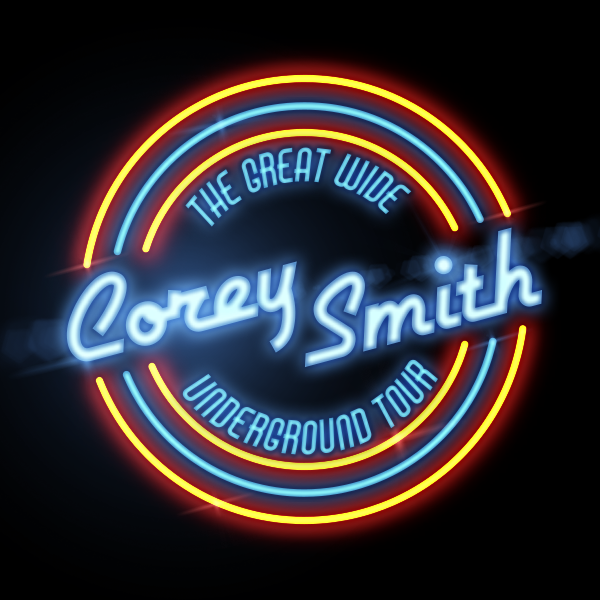 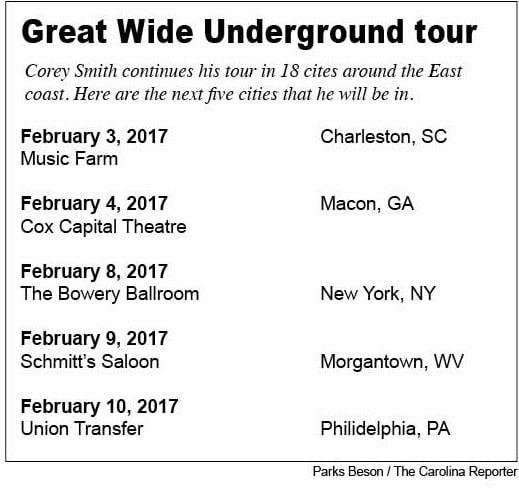 Corey Smith continues his tour in Charleston, SC Music Farm on Friday with an album that is a mixture of love, discovery and hometown roots.

A native of Jefferson, Georgia, Smith began his career in 2003, landed a top 20 album in 2011 and he is now making an appearance with his tenth album, While The Gettin’ Is Good. Columbia, SC will be the first stop in The Great Wide Underground Tour.

Smith feels that he owes a debt to his fans with the music that he puts out. Keith Stegall and Sugar Hill Records will be producing the album, the first that Smith has not produced by himself.

Smith says that the reason he has given the album over to Stegall, who has produced Alan Jackson and Zac Brown Band, is because of the fans.

"A lot of start-up acts are using fan-funded programs to finance their record. That's what my whole career has been: Kickstarter before Kickstarter,” Smith said.  “When my fans show up and buy a ticket and a t-shirt, they're investing in what I'm doing. It's my responsibility to invest it wisely and give them the best album I can.”

And his fan base in Columbia, including Decadence guitarist Dustin Welch, like what they are investing in.

“I have seen him in Columbia and New Orleans mainly, and every time he has been amazing,” Welch said. “The audience loves him and he keeps getting bigger and better with his sound and presence.”

While The Gettin’ Is Good, consists of twelve tracks, all written by Smith himself. Smith says that he has written some of the songs on the road and when he plays them onstage, they transport him back to that point in time. Welch says that the songs Smith puts out have a country vibe to them.

“Many of his songs are along the lines of country, but not modern country. I would say that he is more outlaw country if anything,” Welch said. “He does have a little bit of folk too in his songs and he has great vocals for it.”

Smith tours around the United States, but the majority of the tour will be in the Southeast because of his Georgia roots. Tickets for Thursday’s event are $20 at the door, with a $3 surcharge for people under 21. Doors open at 8:00 p.m. with the show starting at 8:30 p.m.