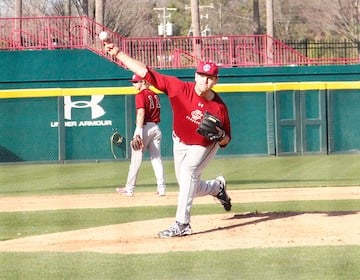 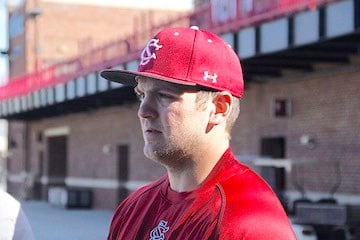 Junior Wil Crowe, who missed the entire 2016 season with an elbow injury, talks with reporters about returning to the mound this season. 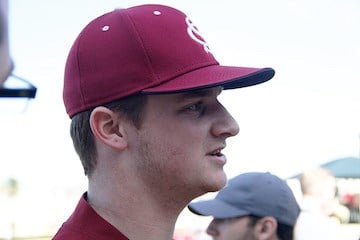 Junior Clarke Schmidt speaks with the media about the upcoming 2017 season. Schmidt finished 2016 with a 9-5 record as the Gamecocks Friday night starter. 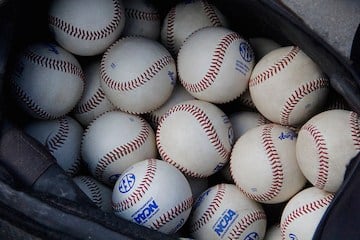 The Gamecocks are seeking a 12th College World Series appearance in 2017. 2012 was the last time South Carolina reached Omaha. The Gamecocks start the 2017 season on Feb. 17 against UNC-Greensboro. 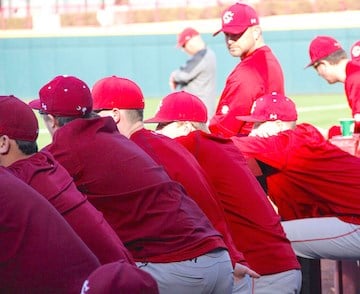 The Garnet squad looks on while their teammates hit in the top of the first inning. South Carolina will try to win the SEC East regular season title for the second-straight year.

Wil Crowe returns this season after missing the 2016 season due to an elbow injury he suffered during his sophomore season.

"It feels like forever. I'm just glad to be back. I know it feels like a long, long time. I'm happy to be here and happy to be back for this season, and I'm ready to get going," Crowe said during his media availability before Friday's scrimmage.

Crowe will battle with junior right-hander Clarke Schmidt for the role of Friday night starter. Schmidt returns after finishing with a 9-5 record last season.

"Me and Wil are pretty close. We grew up here together, and from my freshman year, he kind of took me under his wings. So it's kind of fun to be able to go at it against him, and we really enjoy going week-in and week-out about it," Schmidt said.

The best prospect among the three might be sophomore Adam Hill, who's competing for one of the three weekend starting pitching spots.

Hill finished the 2016 season with a 7-0 record and was a freshman All-American selection by both Collegiate Baseball and Perfect Game. Hill also pitched his way to the 2016 All-SEC freshman team.

"I just try to improve on things. I wasn't as good last season on fastball command. I'm just working with my breaking pitches and controlling those. I'm also trying to limit walks, that kind of thing. There's a lot of room for improvement, so hopefully I can use that and put it into this year," Hill said.

The Gamecocks also bring back a lot of talent in the bullpen. Junior Tyler Johnson combined with senior Josh Reagan for 20 saves last season. the Gamecocks will have a combination of ways to attack opponents from the mound.

"We got guys of all different kinds of capabilities: You got Josh Reagan from the left side and Reed (Scott) from the right; both don't walk guys. Then you got Wil and Clarke would be two Friday starters as well as Adam Hill who will develop into a Friday guy. We just have many different angles in which we can come at you," Johnson said.

The Gamecocks open the 2017 season at Founder's Park on Feb. 17 against UNC-Greensboro in the first game of a three-game series.