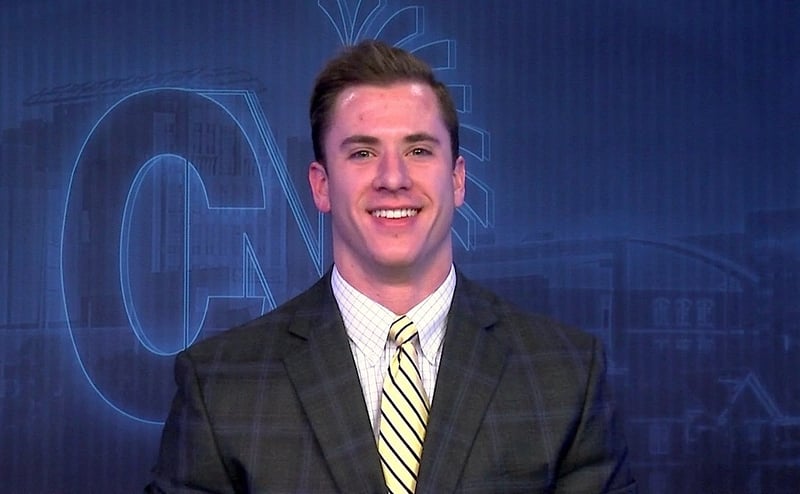 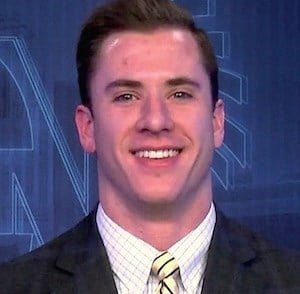 Strive to be the standard

As the youngest of five children in his family, Eric learned at an early age that nothing comes easy. If you want something, you have to earn it; nothing is handed to you.

Growing up Eric was a big NFL fan, especially when it came to the Pittsburgh Steelers. Starting in middle school, he would write up pregame and post-game analysis's of the Steelers match up that weekend. It wasn't just the match up’s that interested him, but more so the players’ individual stories. Eric realized during this time that he had a knack for writing and began to aim his efforts towards making this hobby into something more.

It wasn't until his sophomore year in high school that Eric began helping with the school’s daily live newscast. Eventually after a couple months behind the scenes, Eric earned his way into the sports anchor position and would remain there primarily for the rest of his high school career. It was then that Eric decided that he wanted to pursue a career in broadcast journalism, and thanks to the help of his journalism teacher who was an alum of the University of South Carolina, Eric applied to the school.

Since arriving at the University in 2013, Eric has began to perfect his skills as a broadcast journalist and hone in on his abilities. During his sophomore year at Carolina Eric began to take great interest in radio broadcasting and became a member of WUSC radio: the school’s official radio station. After spending a semester paying his dues and hosting a show every Friday morning from 2-4 a.m., Eric earned his way into the 6-8 p.m. time slot on Saturday evenings as the producer and co-host of his sports talk/debate show “I’m Right, You’re Wrong.” Currently, his show got promoted to the 6-8 p.m. time slot on Friday’s.

In his free time, Eric enjoys spending time at the gym working out and watching his favorite shows on Netflix at night. Eric’s dream would be to eventually move out west to either Las Vegas or California, and host his own late night talk show.