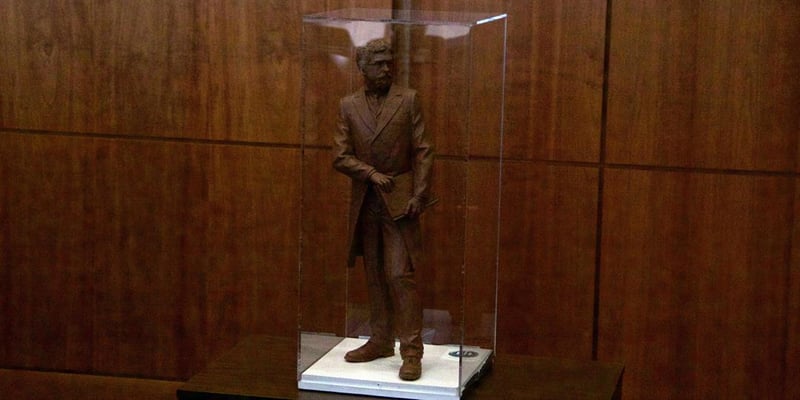 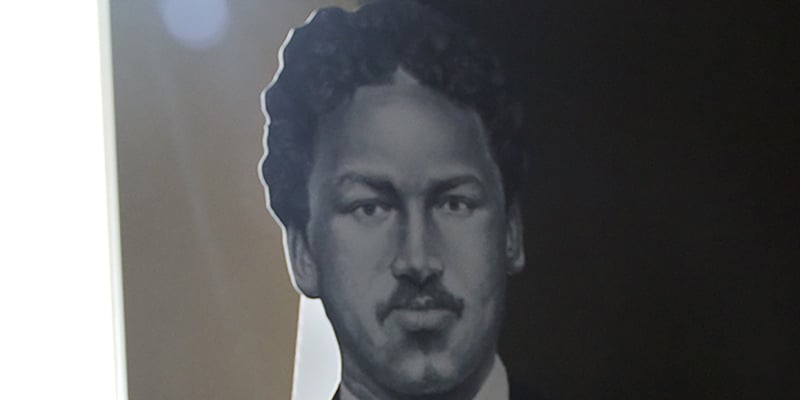 Richard T. Greener was the first African American professor at the university of South Carolina 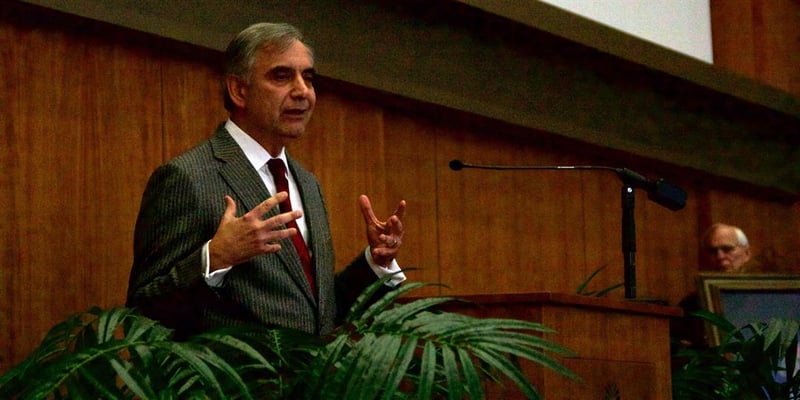 A small model of a statue honoring Richard T. Greener, the University of South Carolina’s first African-American professor, was unveiled on Monday. Officials hope to install the full 8-foot statue by this fall in front of the Thomas Cooper Library, the first statue of an African American on the Columbia campus.

The event coincided with the 173rd birthday of Greener, whose law license and degree were on display at The Ernest F. Hollings Special Collections Library.

“This statue is significant because Richard Greener was an important figure at the University of South Carolina, and the first African-American professor at that time and probably for the next 100 years,” said Christian Anderson, an associate professor of higher education.  “He played a very big role at the university.”

Greener, the first black graduate of Harvard, taught at USC during the Reconstruction era in the late 1800s, when the university became integrated after the Civil War. After the disarray caused by the war, Greener served as the first librarian to implement a modern catalog system for the university’s then 27,000 volumes.

He taught philosophy as well as attending the School of Law where he received his law degree and license. When the university was closed by South Carolina’s government in 1877, Greener went on to serve as a professor and dean of the Howard University Law School.

"He is such a historic figure to the university and to the whole state of South Carolina," said Patricia Moore-Pastides, the wife of President Harris Pastides. "I feel that the statue will create a sense of unity that the university needs at this time."

Fix this graf: Richard Greener was a pioneer of the 19th century. He graduated Harvard and became the first African American professor at the University of South Carolina. in 1885, Greener was named the secretary of the Ulysses S. Grant Memorial Association. In 1898, Greener served as a diplomat for the United States in Vladivostok, Russia. He died of old age in Chicago, Illinois.

Due to racial issues and low enrollment at the university, Greener was forced to leave South Carolina in 1877. He was named the secretary of the Ulysses S. Grant Memorial Association in 1885. In 1898, Greener served as a diplomat for the United States in Vladivostok, Russia. He died in Chicago, Illinois.

Tighten this: The statue of Greener is part of a larger fund raising effort that will support the statue and its installation and an endowment. The endowment will fund future public lectures and programs reflecting Greener’s spirit and contribution to the University. It also builds upon the efforts of the My Carolina’s Black Alumni Council, which established a Greener Scholarship in 1993. This scholarship is awarded to an incoming student each year.

Since 1983, the University of South Carolina Black Alumni Council has recognized Greener’s legacy by awarding a scholarship in his name to an incoming freshman based on academic achievement, leadership ability, community service and financial need.

“The impotence of building this statue was actually student-driven,” said Anderson. “Greener was such an important figure during his tenure here and this statue will help our community not just recognize him, but learn more about him and the Reconstruction Era. Also the Thomas Cooper Library is where we get a lot of foot traffic and I feel that a lot of students will be able to see the statue and find out more about him.”

Columbia, South Carolina is a historic city, known for its involvement in the civil war. Many statues are on and around the State House grounds commemorating figures during that time, such as Confederate General Wade Hampton and numerous Confederate soldiers. Although there is a memorial for African American's, there has never been a statue for a specific African-American figure at the State House. This model and statue of Greener will recognize his contributions to Columbia as well as the University of South Carolina, officials said.

The Richard T. Greener statue will be 8-feet tall atop of a 2-foot rise. All four speakers at the event told about how much of an impact Greener made on the university and the state of South Carolina.

"The time for this statue is now. It cannot wait another minute," said President Harris Pastides. "I feel like the university, the state, and the country needs this statue."