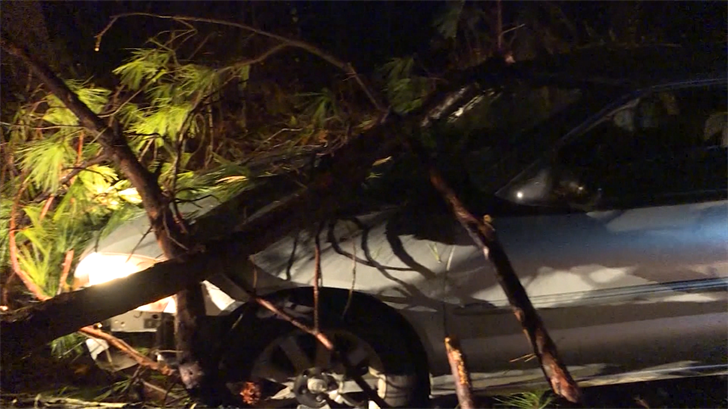 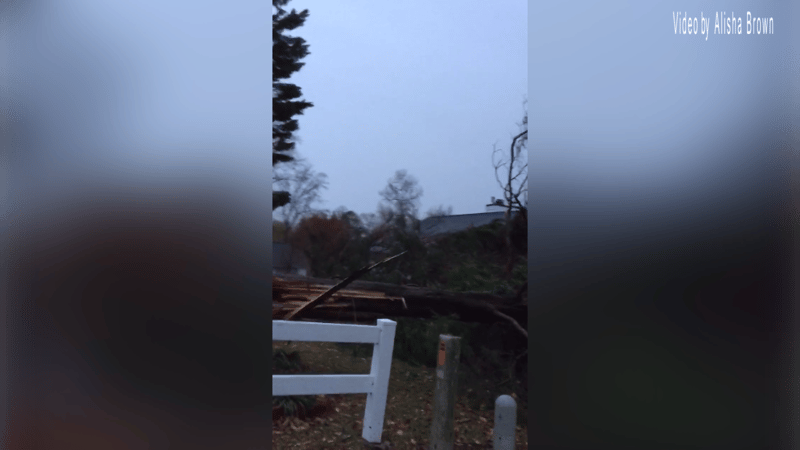 Simpsonville Resident Alisha Brown recounts her experience in the storm.

Alisha Brown and her family took shelter in a closet when they noticed the 110 mph winds rattling the windows of their home. The winds were coming from a series of severe storms that swept through Simpsonville during the late afternoon on Wednesday. Once the storm passed, they went outside to discover wreckage in their own backyard.

"We saw a lot of trees that were down around the neighborhood, on top of some homes as well. And so we also heard the big electrical box caught on fire so that's what caused the storage units to catch on fire because it was near it is what we've been told through other neighbors," Brown said.

Brown lives just down the street from where the storm hit hardest. Three massive trees fell into her neighbors yard, just barely missing the house.

"There's a subdivision called Remington and they said its a brick home that is completely collapsed. So they believe that's where it actually touched down and did hit and it wiped that out," Brown said.

The damage has wrecked homes and homes have lost power, but people could not leave because of the trees blocking the streets.

"There was... you couldn't go through our neighborhood at one point in time because there were trees on top of the road but there's also several on top of houses as well," Brown said.

There have been no serious casualties reported and the storms have been officially classified as a tornado.

"Other neighbors say oh yes they definitely heard [the whistling sound of a tornado]," says Brown. "And of course the damage around us, to me, I've never been in a tornado but it looks like... it's definitely a bad storm whatever it was."