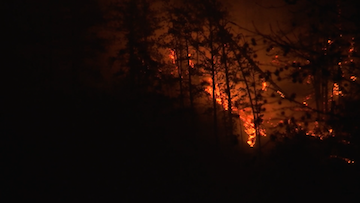 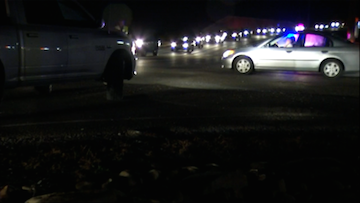 Over 14,000 evacuated Gatlinburg alone on Monday. 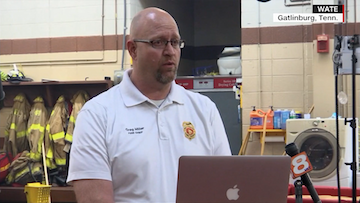 Gatlinburg Fire Chief Greg Miller says the wind is the biggest concern as they continue to fight the fires.

Three people have died in separate locations as raging wildfires swept through eastern Tennessee. The fires began Monday in the Great Smoky Mountains and spread to areas of Sevier County, including the popular tourist towns Gatlinburg and Pigeon Forge.

Tourist attractions including Dollywood and Ripley's Aquarium of Tennessee were spared, but officials say more than 250 buildings including parts of Gatlinburg and several tourist areas have been destroyed or heavily damaged.

Dean Flener, spokesman for the Tennessee Emergency Management Agency, estimates over 14,000 residents and tourists were evacuated Monday and authorities continued to block off the city on Wednesday morning.

Flener says wildfires have burned in parts of Tennessee since November 10 because the Southeast is experiencing its worst drought in nearly a decade.

Gatlinburg Fire Chief Greg Miller said three people died and fourteen other people were injured as a result of the fires. Four people were hospitalized for burns.

Fire officials say progress has been made battling the fires, but they expect the conditions to continue through Wednesday. A weather system moving through the region brought some rain that may help, but officials say the wind and lightning could cause more problems.

"The single greatest concern would be the wind," Miller said. "The greater the wind speed is, it just makes our job a little harder."

The weather is expected to clear up Thursday and Friday, and authorities hope mild weather will help them extinguish the fires.