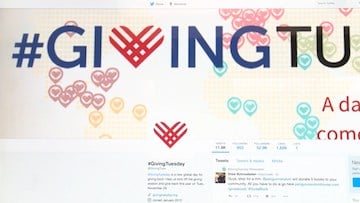 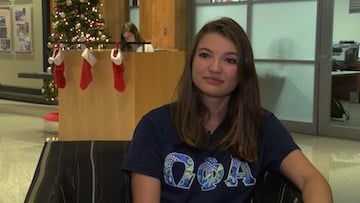 Haley Yaw says Omega Phi Alpha uses an event-specific hashtag to promote each of its service projects on social media. 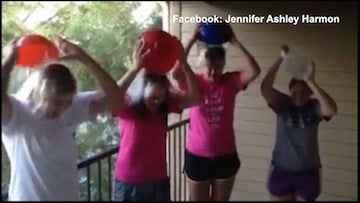 The Ice Bucket Challenge received criticism for its seemingly "slacktivist" nature, but the ALS Association says it significantly helped the search for a cure.

Americans have come together to give back to their communities the first Tuesday after Thanksgiving every year since 2012. Giving Tuesday, an internationally recognized day of service and philanthropy, follows the major consumer spending occasions of Black Friday and Cyber Monday.

Social media plays a key role in promoting this giving. Giving Tuesday brands itself as a hashtag, and its website says it made 114 billion Twitter impressions during its observance last year.

It also leverages social media with its #UNselfie campaign, which encourages people to write a cause they care about on a printable sign, and then take and share a selfie with it.

This campaign is an opportunity for those without the time or resources to give on Giving Tuesday to get involved. But it raises the question of whether sharing charitable content on social media without tangibly giving to a cause actually helps.

Lisa Sisk is a senior instructor at USC's School of Journalism and Mass Communications who teaches public relations. She says nonprofit organizations should be aware of the possibility that some of their publics will approach service this way, which is commonly referred to as "slacktivism."

"I don't think that raising awareness, or name recognition, is an end in and of itself," Sisk said.

Slacktivism became a buzzword when it was used to describe the Ice Bucket Challenge of 2014. That social media phenomenon featured videos of people dumping buckets of ice water on their heads to raise awareness of the neurodegenerative disease ALS.

But the ALS Association says the awareness efforts made a big difference. During the eight weeks when the Ice Bucket Challenge went viral, the association received $115 million in donations. It invested $77 million in research, which has identified three new genes connected to ALS.

Haley Yaw is vice president of USC's chapter of service sorority Omega Phi Alpha. She says slacktivism bothers her but that it still makes an impact.

"Why would you count something out if it does end up raising a bunch of money or it does get a lot of people out there helping?" Yaw said.

She also wants to remind others that just because they can't actively serve on Giving Tuesday doesn't mean they can't do so any other time.

"Just do it the next day. Do it Wednesday. Make it the whole giving week. It doesn't matter if it's today, and I think just seeing something and being inspired to go do something the next day is just as impactful," Yaw said.