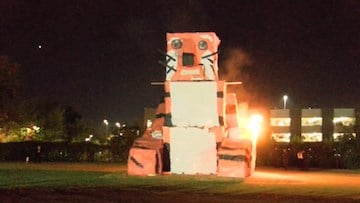 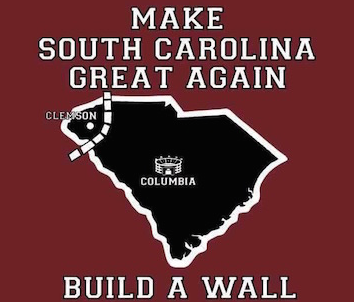 Ghorbani says she wants to build a wall between Clemson and Carolina territory. 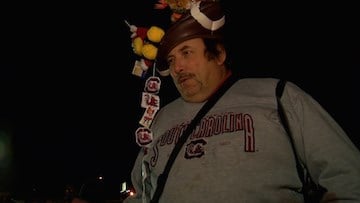 Carolina fan, Dwayne Schumbert, made a hat with Cocky getting ready to burn the tiger in honor of the Tiger burn.

University of South Carolina students and fans made their way to the 700 block of Green Street last Monday to show their Carolina spirit and keep traditions burning.

The tiger burn goes back to the year 1902 when Carolina became the Gamecocks. In their first season with a new mascot, they beat the Clemson Tigers, 12-6. The Carolina versus Clemson game has been played every year since, and every year, each school burns an object representing the other.

Carolina fans were excited to continue the tradition in preparation for the big rivalry game.

Gamecock fans were excited to see the tiger burn on Monday, but on Saturday the Clemson Tigers burned the Carolina Gamecocks.

The Tigers may have brought the Gamecocks down on the field, but nothing can take down the pride of Gamecock fans.

"We're taking the Tigers down next year! We can only go uphill from here," said Carolina student, Ideen Ghorbani.