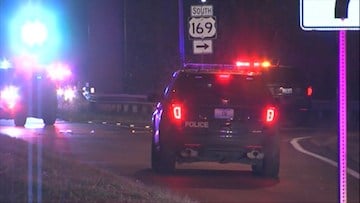 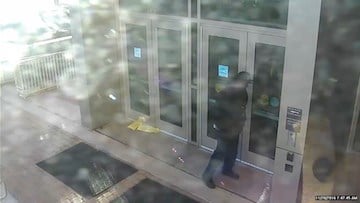 McManus said McKane is the person shown in this surveillance video taken at police headquarters four hours before the shooting. 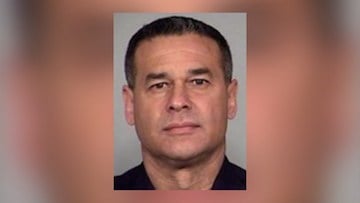 Marconi, 50, had been with the San Antonio Police Department for 20 years.

The suspect in the fatal shooting of a San Antonio police officer has been arrested.

Detective Benjamin Marconi was shot and killed late Sunday morning while writing a ticket for a driver he had pulled over, McManus said. Marconi was sitting in his patrol car when another driver pulled up behind him, came up to his window, and shot him twice.

McManus said at a news conference Monday that his department believes McKane is responsible for the "cold and calculated murder" of Marconi. McManus also said he believed Marconi had been targeted because he was a police officer.

As McKane was being escorted out of the police department, he told reporters he had been upset because of battles for custody of his son and that he "lashed out at somebody who didn't deserve it."

Marconi was one of four police officers nationwide shot in the line of duty Sunday. The other shootings happened in St. Louis; Gladstone, Mo.; and Sanibel, Fla.

None of the other officers died. The suspect in the Sanibel shooting has been arrested, while the suspects in the Missouri shootings were killed by police.

National Law Enforcement Officers Memorial Fund data shows Marconi is the 60th police officer to be killed by gunfire in the line of duty this year. Only 36 officers were shot and killed by this date in 2015.

Capt. Eric Grabski, of the USC Police Department, told Carolina News earlier this month after the killing of two police officers in Iowa that this increase is difficult to take, but that it will not stop officers from fulfilling their duty.

"It obviously wears on us. But at the same time, we swear to protect you, and the community, and each other," Grabski said.