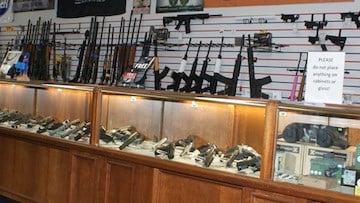 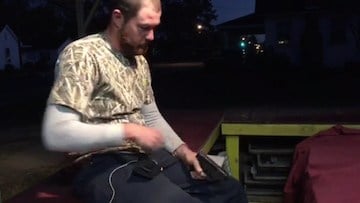 Sean Rabon bought his handgun in August in case stricter gun laws were passed after the election. 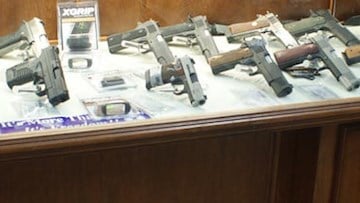 Gun laws were a hot topic this election season, and all of the talk of potential gun restrictions caused panic among Second Amendment supporters.

CNN found that there were 1,853,815 background checks conducted by the FBI for gun purchases in August, which was a six percent increase over last August.

Sean Rabon is one Second Amendment supporter who played a role in that increase.  He got his concealed weapon permit in January, but he didn't buy a handgun until August.  He felt pressured to make the purchase before the presidential election.

"I was scared that Hillary was going to become president and she would change a lot of the gun laws and make it harder to get weapons or even take them away," said Rabon.

Rabon was not the only one who feared stricter gun laws.  Don Weiskerger is the owner of Liberty Guns and Equipment in Marion County.  He said he saw panic among his customers prior to the election.  People were rushing to buy what they thought the government was going to take away from them.

"Before you couldn't get somebody to look, say, as an example, I have some old Smith and Wesson revolvers, they only hold five or six shots.  Prior to the election, people were not interested in that because they were afraid that Hillary Clinton and that crew was going to take all the high cap magazines away from them, so the only things they were looking at and or buying was high cap magazines," said Weiskerger.

Weiskerger said people are more relaxed since the election and are buying what they actually want rather than what they fear will be taken away.

"Doesn't matter how many bullets it holds or whatever... some hunting stuff, some hunting ammo, rather than just tactical stuff," he said, "People seem to just be in a far better mood, whether they were truly a Trump supporter or not.  People just seem to have a little hope again."

That regained hope transferred to a drop in gun sales.  Gun sales have gone down overall since Donald Trump won the election, but more background checks have been conducted this year than any year since the checks become required for gun purchases in 1998.