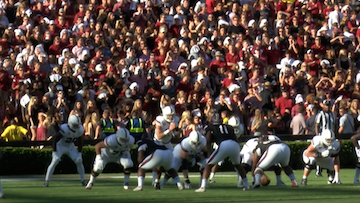 The Gamecocks go bowling after their sixth win of the season 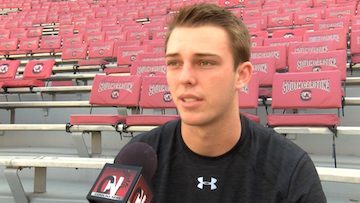 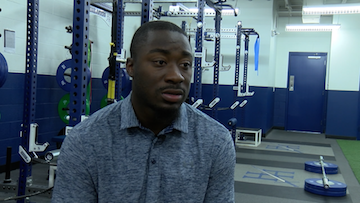 Former Gamecock running back Marcus Lattimore thinks making a bowl is important for the future of the program.

The Gamecocks beat Western Carolina 44-31 on Saturday earning their sixth win of the season to become bowl eligible in Head Coach Will Muschamp's first year.

This win doubles the Gamecocks' win total from last season (3-9) and gave the Gamecocks their fourth win of the last five games.

"We went from being really good, to so good, to even worse," Fry says. "To see the foundation that we are laying with the coaches and the seniors, it's been pretty special."

The latest ESPN bowl predictions have USC headed to the Independence Bowl in Shreveport, Louisiana. Other media bowl projections include the Birmingham Bowl, the Liberty Bowl and the Belk Bowl.

Former Gamecock running back Marcus Lattimore says making a bowl game is important for the future of Gamecock football.

"Coach Muschamp has done a great job recruiting, but if the results don't happen then the kids don't come," Lattimore says. "This is big for him, big for the staff and big for the city."

Gamecock players give Coach Muschamp a lot of credit for turning around the Gamecocks' season.

"He's brought a lot of energy and enthusiasm to this program," Fry says. "I think we're a lot more excited to go out and play there every day."

Despite the praise, Muschamp says the credit belongs to the team as a whole.

"Really the second half of the season, we've been a little more of what we wanted to be," Muschamp says. "The staff stuck together; these players stuck together and continued to invest in what we were doing."

The Gamecocks may have six wins and a bowl game under their belt, but now it's time to shift their focus to in-state rival Clemson, which was ranked number four in the most recent College Football Playoff rankings.

The Clemson Tigers have won the past two against South Carolina and a Gamecock upset could end the Tiger's run at a second consecutive playoff appearance, but Coach Muschamp says an upset won't be an easy feat.

Kickoff is Saturday at 7:30 p.m. at Clemson. You can catch the game live on ESPN.