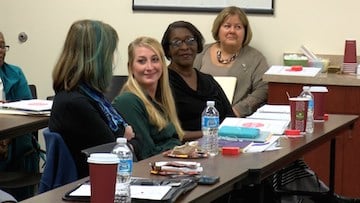 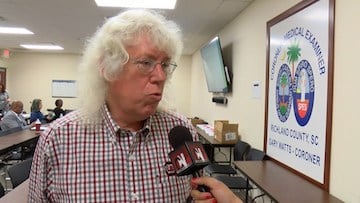 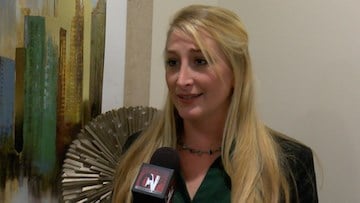 Megan is a human trafficking survivor and attends every task force meeting. 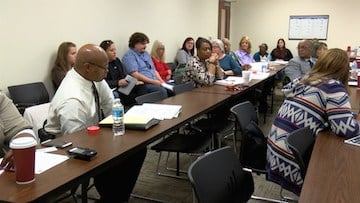 The task force is made up of leaders from the community.

"In Richland County, probably average a case a week", says Jen Thompson, the executive director of Lighthouse for Light, a non-profit anti-trafficking agency.

No race or socio-economic class is immune from becoming a victim, a victim like Megan Madsen.

"I was raised in South Carolina and when I was 21 I moved to California, got married and it ended up being a domestic violence relationship. I got out of that and was looking for a job online on Craigslist and went to an interview for a massage place to be one of the staff and they train you and it ended up being an elicit massage parlor where they dressed me up in lingerie, posed me, put me online and sold me" says Megan Madsen, a human trafficking survivor.

Megan's story has reached many people in the community and it has started to open up people's eyes about the issue.

The Richland County task force meets at the coroner's office to discuss how to raise awareness every two months.

"Our mission is to eradicate human trafficking from the Richland County area and our goal is Richland County although we welcome anybody to come to our task force from all over the counties we're just trying to start small so that we can make a bigger impact" says Vicki Jackson, the task force coordinator.

The task force was started last year by councilman Jim Manning who says he just realized that something needed to be done in our county.

"They're just people that in some way or another have encountered victims of sexual trafficking and want to make a difference in our community" says Manning.

They focus on prosecution, prevention, and protection. These leaders in the community work night and day to try to put an end to human trafficking.

For survivors like Madsen, this force means a little more than just raising awareness.

"it's helped me to just have a family really like coming here and seeing people that are your friends and are your family. It means so much and you just feel so at home" says Madsen.

The task force promises to continue to fight for a solution in Richland County until every South Carolinian is aware of the dangers of human trafficking.