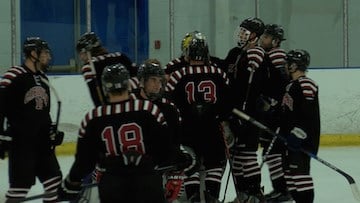 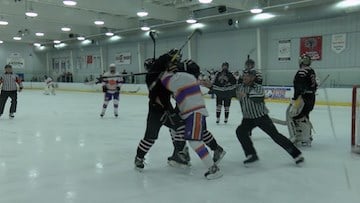 The USC Club Hockey team puts a lot of work into the sport, including physicality. 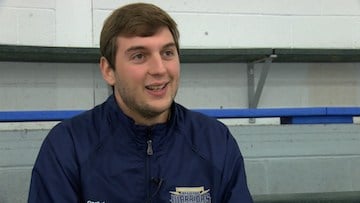 Team President Viktor Smith says the team is as cloas as family. 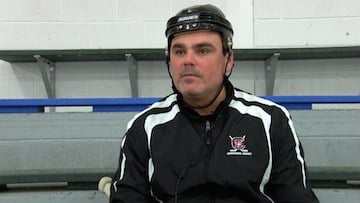 When you think of USC sports, football and baseball come to mind. But hockey? That’s right. USC has a hockey team. A club hockey team to be exact.

Hockey is a sport that takes a lot of time and dedication. Many of the players on the USC Club Hockey team have been playing it for most of their lives.

Freshman Parker Sutton has been playing almost as long.

Through the countless hours playing and practicing, the team has gotten very close. Team President and Head Equipment Manager Viktor Smith says the USC Club Hockey team is as close as family.

“These guys are my brothers. I grew up as an only child and I’ve never had anything closer than these guys,” he said.

The rest of the team agrees, Alec Martone says the players have a good time together.

“There’s a lot of team comradery, the guys are great, we have a lot of fun,” he said.

A lot of the closeness comes from being a club sport. The team wants to win and play their best, but there’s not as much pressure, Viktor says.

“Nobody’s competing above the other person to make it pro. Everybody has their role and everyone respects that,” he said.

“It’s a good bunch of guys, and a good high caliber of hockey itself,” he said.

It’s a club sport, but that doesn’t mean it doesn't take up a lot of time and energy. Between games, practices, and traveling to other schools, it can be difficult to juggle school and sports, Alec Martone says.

Some players have to factor in other extracurriculars, too. Freshman goalie Bailey Spraggins says he does his best not to get behind.

“It’s a whole lot of work, especially because I’m in a fraternity too, so I have to manage three different things. But I just get all my stuff done beforehand, just make sure everything’s done before so I don’t have to stress out on cramming,” he said.

The amount of time and work the players put into this team often goes unnoticed, mainly because most USC students don’t even know USC has a hockey team.

Coach Sirois says the fan base is improving, but they want it to continue to get better.

“It’s getting better as it goes on, but we’ve got a long way to go before we can pack this place,” he said.

The team plays and practices in Irmo, and although it’s a 20 minute drive from USC’s campus, the players say there is incentive to come to the games.

“It’s only 20 minutes away and they serve beer at the games…it’s a good time,” he said.

Parker Sutton highlighted the biggest selling point for students to come out to the Plex for a game.

A team that’s as dedicated as this one deserves a fan base that’s just as dedicated. Alec Martone thinks the more fans that come out, the better the experience will be.

“We’re on the rise, we’re getting better every year. We have a lot of talented kids this year and it’d be great to have a lot of support, and the more fans that come and support, the better the program is gonna be,” he said.

So if you’re interested in cheering on Gamecock Hockey, you have until February to make it out to a game.