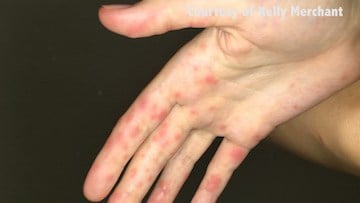 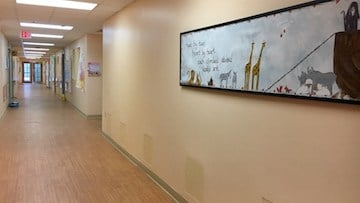 The hallway at Shandon United Methodist preschool where a classroom was contaminated with hand,foot, and mouth. And it is also home to the church nursery where Maddie works on week nights and weekends. 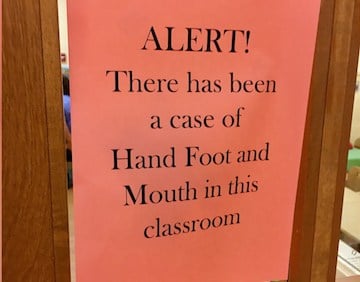 A classroom sign that warns workers and parents of the virus. This is one way the virus can spread to adults, is working with children that have the highly contagious disease. 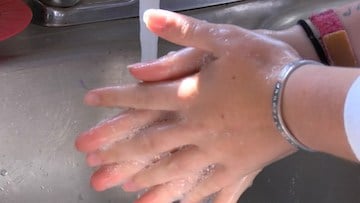 One of the number one ways to prevent spreading hand, foot, and mouth is by washing your hands. It is also the best way to treat the virus if caught.

Five students in USC's Honors college were diagnosed with hand, foot, and mouth disease. Last month that viral infection is spreading throughout Columbia and targeting more than those living on campus.

"There have been a few cases here on campus. Right now it's about eight to ten, and that was current as of last week," says Director of Clinical Services, Van Haygood.

Maddie Anderson is a USC sophomore who also contracted the disease at the start of the school year.

"It's all over your hands and your feet and walking to class was really painful and I didn't like it at all, but I couldn't not go to class because you only have so many absences," Maddie explains.

The virus is spread through close personal contact, the air, or simply by touching contaminated surfaces like doorknobs.

It spreads even faster when it's in close quarters, which makes preschools, like the one at Shandon United Methodist, the perfect breathing ground for the disease. The preschool recently posted a sign outside of a classroom stating there has been case of the virus.

Maddie works in the church nursery and although the preschool and nursery have different kids, they share the same space.

"I'm definitely a little nervous about being around kids because it's they are mainly under the age of 10 who get it, but you know here I am at 20 years old and I got it," Maddie says.

Health officials says this virus has no treatment and runs it's course in about five days, and for Maddie and the people around her they have learned to take extra precautions to stay healthy.

"You just have to wash your hands and everyone in the house washes their hands and ever doorknob was Lysoled at least three times a day," Maddie explains.

Van Haygood does say that they are not too concerned of a large outbreak of hand, foot, and mouth on USC's campus and the cases that have been reported are now in the healing process.