Gamecocks on cusp of bowl eligibility

Williams-Brice Stadium will fill for the last time of the season on Saturday as South Carolina plays Western Carolina on Senior Day at 4 p.m. to become bowl eligible. 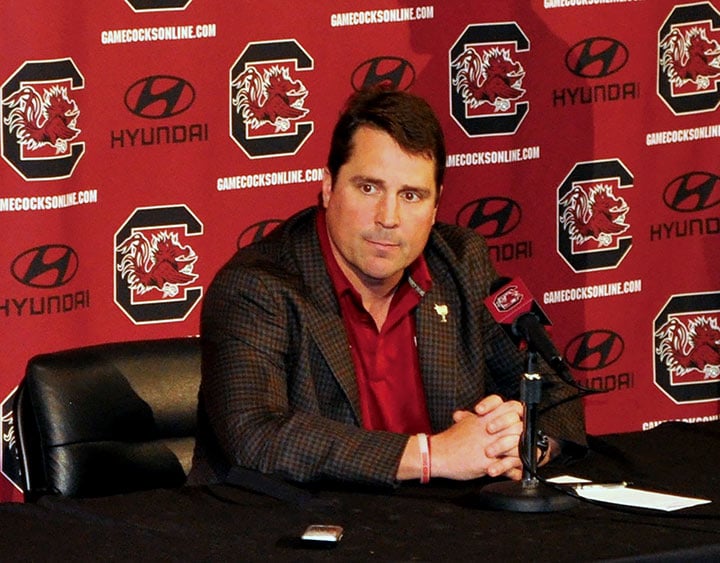 Head football coach Will Muschamp talks to the media leading up to Saturday's game against Western Carolina. A big topic Muschamp spoken about was the effor the senior players put into building a great program and defying media preseason expectations.

2016 was not supposed to be to a successful season for the South Carolina Gamecocks. After a horrible 3-9 season last year, many expected little improvement, if any at all.

College Football News predicted a successful season would be making a bowl game but saw it as highly unlikely. Athlon Sports & Life called 6-6 a “substantial progress” if the Gamecocks could find the wins. Campus Insiders thought 5-7 would be the likeliest outcome for 2016; going even further to say South Carolina would go 2-6 in conference play.

On the penultimate Saturday of the regular season, the Gamecocks are one win away from defying expectations.

Currently, the Gamecocks have an even record: five wins and five losses, and have finished their conference schedule at 3-5, one game better than prophesized.

Even though the possibility still exists for 5-7 to be a reality, South Carolina is heavily favored to win their final home game of the year against Western Carolina. So much so, that models give the Gamecocks a 98 percent chance to go 6-5.

Head coach Will Muschamp spoke Tuesday about his satisfaction in seeing the team progress as much as they have since the start of the season.

“I think (getting to a bowl) is always important, with any team, especially with a very young team to have extra opportunities and extra practices,” he said. “We need the ability to have these practices to help continue to develop the youth of our roster.”

With one win away in USC’s grasp, Muschamp understands the importance the victory carries with his team.

“Guys continue to invest and that’s what we asked of them,” he said. “I credit the senior class for building the foundation and there’s going to be a lot of fun moving forward.”

The timing of the game comes in the best possible way as Gamecock fans expect a win before facing a nationally ranked Clemson team many believe will end the Gamecock’s regular season on a sour note.

The game against Western Carolina will be at 4 p.m. Saturday afternoon and televised on the SEC Network.