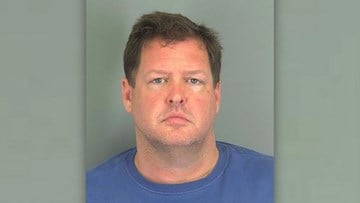 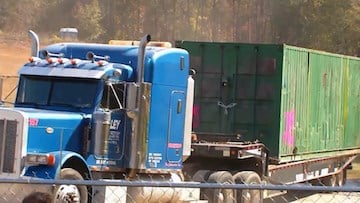 Kala Brown was found alive and chained in this container on November 3. The container wasn't removed from property until the 9th. 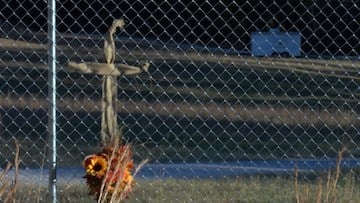 This cross sits on the front fence of the property in memory of all the lives lost.

The case of Upstate realtor arrested two weeks ago and charged with kidnapping has now turned into one of the biggest serial killer investigations South Carolina has seen in a long time.

Todd Kohlhepp was arrested for kidnapping Kala Brown after the woman was found chained, inside a shipping container on land Kohlhepp owned near Woodruff, SC. He hired Brown to clean houses for him, but she and her boyfriend went missing on August 31.

Police say Kohlhepp later confessed to killing four people at Superbike Motorsports in Chesnee, SC, on November 6, 2003. Those murders were one of the biggest unsolved cases in the state.

Kohlhepp's confession shocked people in the Upstate. Jane Smith is a former Upstate realtor and memories of those killings brought back memories of the day the motorcycle busienss was auctioned.

"I just went there for the auction that day and it was a very somber and unnerving feeling to walk around in there and look at the place. I just remember looking around in the crowd and wondering, if per chance, the murder had the nerve to come back and blend into the crowd," Smith said.

Brown told police she saw Kohlhepp shoot her boyfriend and they took Kohlhepp back to the 95 acre where Brown was found in Woodruff a few days after his arrest. Investigators found the body of Brown's boyfriend, Charlie Carver, in a shallow grave. Kohlhepp also showed police two other grave sites.

Police have continued their research into the life of the alleged serial killer. Kohlhepp is now linked to seven murders, including the three bodies found on the Woodruff property.

A recent discovery of Amazon reviews he posted on products like knives and padlocks have some Upstate residents, like Ivey Crook, wondering how this will affect his case and why these posts weren't reported.

"I do think they should have been caught earlier because these aren't the normal reviews you would post on padlocks or knives. It's kind of like why wasn't it reported before now," Crook said.

Police are continuing their investigation into the Amazon posts, as Sheriff Chuck Wright says they are focusing on building their case. Kohlhepp's first court appearance is in January, but this case is still weighing heavy on people's minds. It happened too close to home for a lot of people, but the community has come together to mourn, to pray, and to heal.