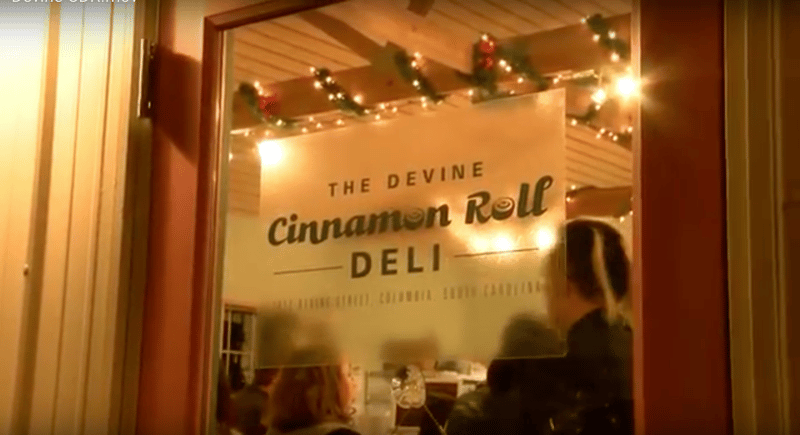 Business continues to roll in for Devine Cinnamon Roll Deli 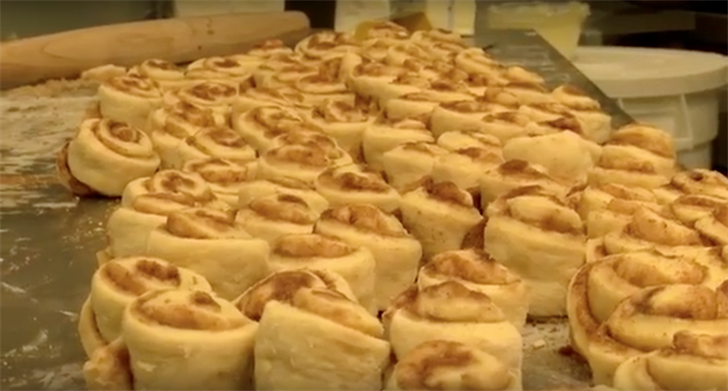 The Devine Cinnamon Roll Deli goes through about 300 cinnamon rolls each day and makes every ingredient fresh everyday. 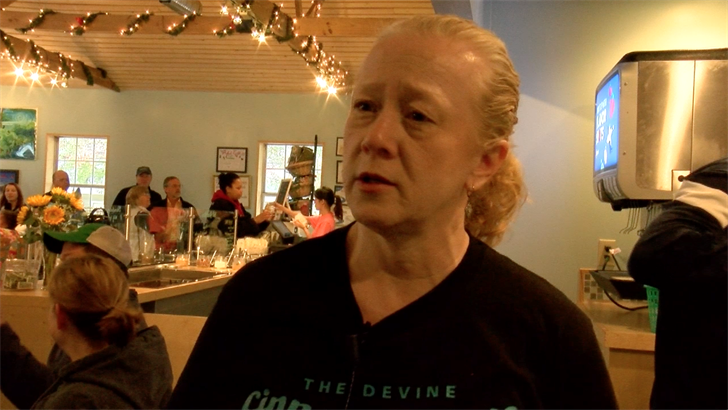 Jody Kreush is expecting the restaurant's first holiday season to be very busy, especially with the cinnamon roll cakes and other holiday items they're offering.

What do you get when you combine sweet southern treats with northern deli sandwiches? A recipe for success that can only be found at The Devine Cinnamon Roll Deli in Columbia.

"The idea came from going out to Hawaii and tasting my brother's Hawaiian sweet bread recipe. I developed it into a cinnamon roll and we just started topping them and giving them out, and then we thought it would go good with a New York style deli from where I grew up," said owner Jody Kreush.

Jody is originally from New Jersey and has over a decade of experience in restaurant management. She even owned her own food truck at one point.

She immediately fell in love with Devine Street when she moved to South Carolina. She opened the Devine Cinnamon Roll Deli in June with her son, Richard, who is earning his degree in Hotel, Restaurant and Tourism Management at the University of South Carolina.

Customers haven't stopped rolling in since it opened in June.

"We go through 200 to 300 cinnamon rolls a day, and we make every ingredient here so it tastes as fresh as it can possibly be," Kreush said.

Whether you want breakfast, lunch, or even shrimp and grits, the homemade menu and hospitality keep customers coming back for more.

"Yesterday was my first time here and I had the Godfather and it was excellent. Today I came back again and I got the green eggs and ham, I think that's definitely the best breakfast sandwich in the Southeast without a doubt and the customer service is unbeatable," said Keegan Mullins, a new customer at The Devine Cinnamon Roll Deli.

From the moment you walk in the door until the moment you leave, The Devine Cinnamon Roll Deli wants to make the community feel at home. Running a family-owned business with her son makes it feel more like home for Jody, too.

Whether you want something sweet, or something savory, Jody and Richard make sure you won't leave feeling hungry.

"Oh yeah, and I can't forget the cinnamon roll. It was amazing," Mullins added.

This is a special time of year for Jody and Richard as they prepare for their first holiday season at The Devine Cinnamon Roll Deli.

"With our gift certificates and catering, I think we're just getting busier and busier. We're doing cinnamon roll cakes that can be used for holidays. Our cinnamon roll dough is so diverse that we're able to do cheesesteak cinnamon rolls, pepperoni with Italian meats, pulled pork with cheddar. People have been ordering those to take to parties as hors d'oeuvres and as main courses," said Kreush.