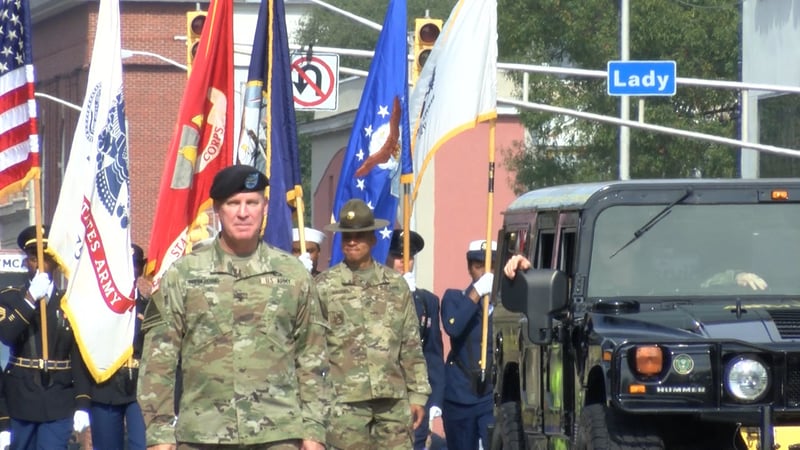 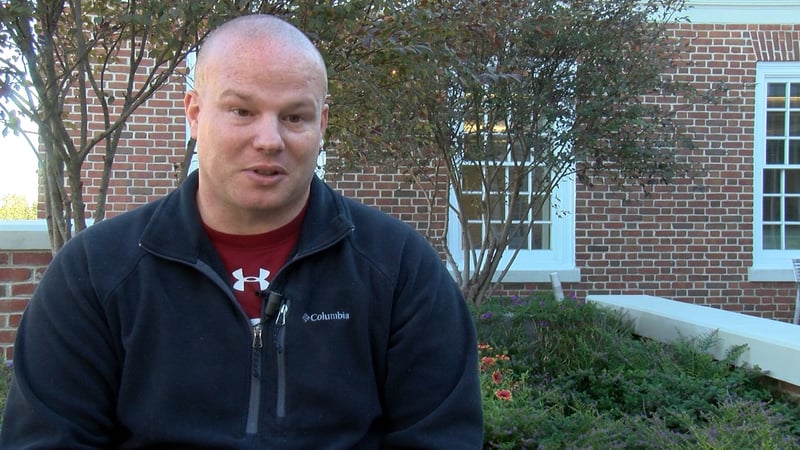 William Padgett joined the military at age 18 and is now pursuing a degree in geophysics. 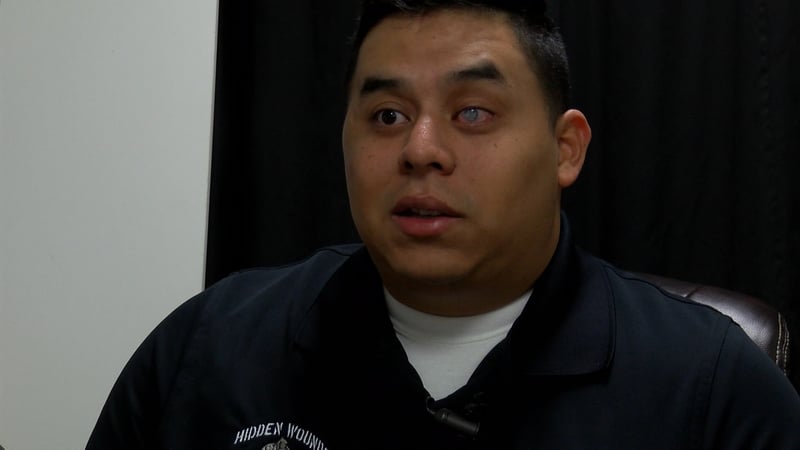 Steven Diaz says Hidden Wounds is the perfect name for the organization, because many times the symptoms of PTSD lay beneath the surface.

Leaving for deployment overseas was hard for William Padgett, but coming back home was harder.

Padgett served in the Air Reserves and Air National Guard for 16 years. He was deployed four times: once for Operation Iraqi Freedom, then to Japan, then to Afghanistan and back to Iraq. He was injured in a rocket attack in 2012 and had to have a complete ankle reconstruction, as well as six cranial surgeries from a traumatic brain injury.

He says the National Guard did not provide him with the medical benefits he was entitled to when he returned home.

"I was struggling as far as dealing with how I was being treated," Padgett said. "I would have nightmares and depression sometimes where I would just sit down and not want to move and I was getting really upset."

A study by the Department of Defense and the Veterans Administration found 22 veterans take their life every day, but this number may be even higher. The study only accounted for 20 states, with no data pulled from either California or Texas, which have large veteran populations. The study also only counted registered veterans, and did not take homeless and non-registered veterans into account.

The Hidden Wounds organization in South Carolina provides mental health resources for veterans. The group believes the suicide rate among veterans may be in the 60 to 80 range, with a large majority of suicides occurring in Vietnam-aged veterans.

Although not all veterans come back with symptoms of PTSD, those who do who do not receive proper treatment are more likely to experience depression and substance abuse.

Steven Diaz is the Chief Operations Director for Hidden Wounds. He understands the struggle of returning home.

"I was a veteran, injured in war and diagnosed with PTSD," he says. "But through my journey and treatments and experiences, I was able to cope with post-traumatic stress and so I helped veterans as a peer support."

Hidden Wounds points veterans in the direction of treatments and resources catered uniquely for them. Treatments range from individual counseling to psychotherapy and acupuncture.

"There is life after PTSD and TBI. It's ok to reach out for help and there's people out there who want to help," Diaz says.

Hidden Wounds says it hasn't lost any veterans under their care to suicide.