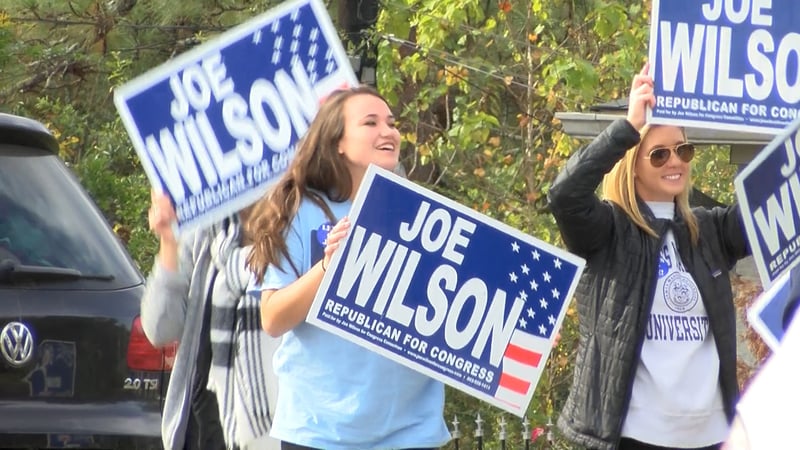 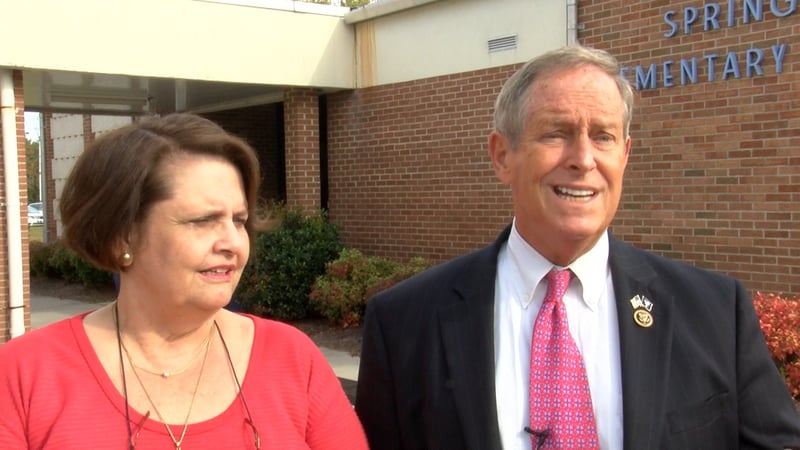 Joe Wilson says he is confident about his re-election

South Carolina Republican Congressman Joe Wilson was hopeful about his re-election bid after voting Tuesday morning in West Columbia. The representative from the second district greeted supporters and cast his own ballot at Springdale Elementary School with his wife Roxanne. He faces Democratic challenger Arik Bjorn.

Wilson did not seem concerned about the issues the Republican Party has faced this election season. He believes the party has seen growth thanks to the Trump Movement.

"The Republican party is now a super majority and it didn't start that way. The reason it grew is because so many people came into the party, so we do not see division as a negative but as a way of multiplication," Wilson said.

Wilson also said he was thankful for all of the support he received during the election period. He also thinks that the voters will make the right decision.

"I leave it up to the voters, and I have great faith in the voters of the second congressional district," Wilson said.

Wilson's wife also voted this morning. She says its been a long process, but that she is proud of her husband.

"Its been a long, long year, and frankly I'm a little tired of it. But I've got my fingers crossed and I hope everything comes out well tomorrow," Mrs. Wilson said.

The Wilsons plan on visiting several precincts around the Midlands today. They will end their night at the Republican watch party at Hickory Tavern in the Vista.