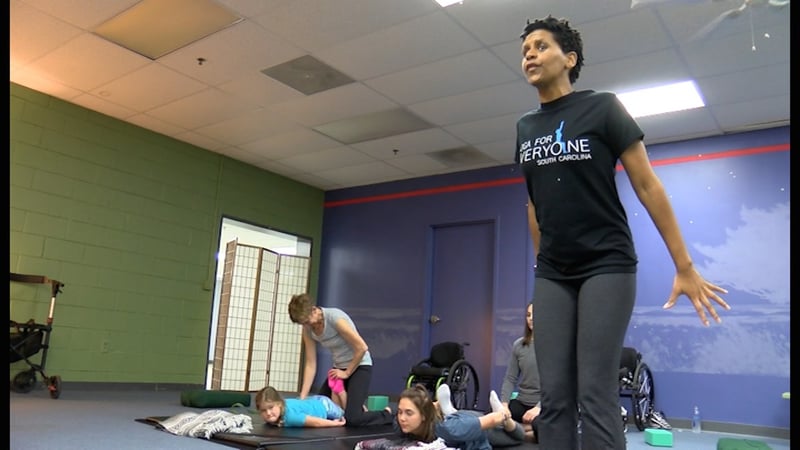 People with disabilities use yoga to improve their lives every week. 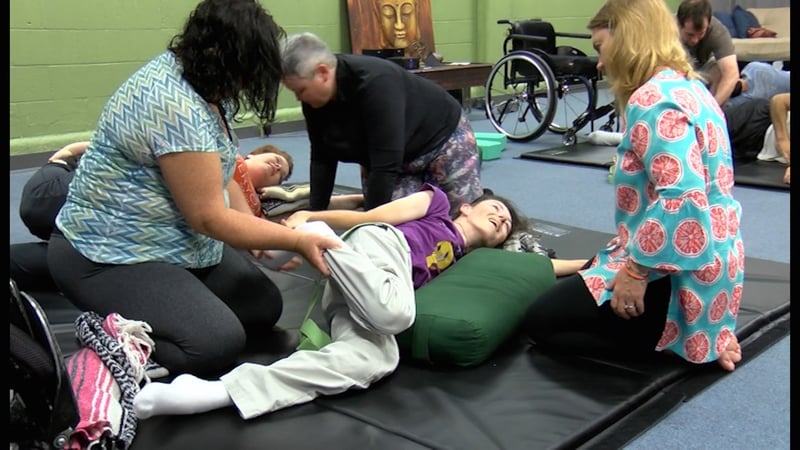 Julie McMaster getting help with stretching. 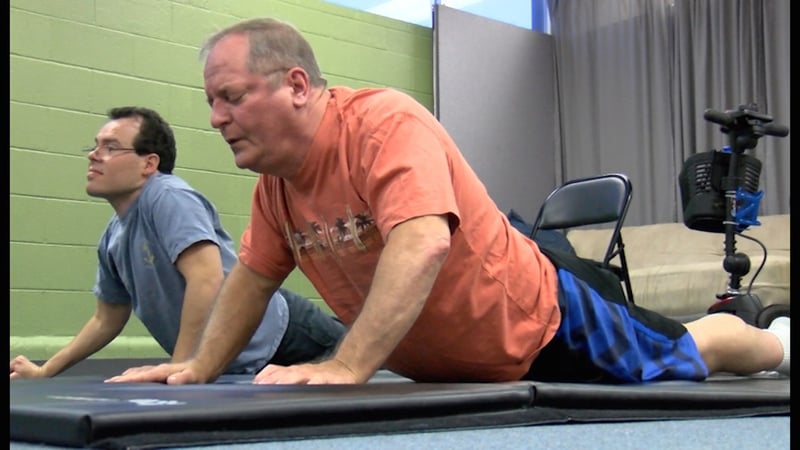 Surrounded by friends, Julie McMaster has been attending a yoga class for people with disabilities for almost two years. She is in her 40's and suffers from Friedreich's Ataxia.  That's a rare, inherited disease that causes nervous system damage and movement problems.

Julia's mom, Brenda McMaster, said they were shocked when they found out Julie's condition.

"I had read about Friedreich's Ataxia and I thought oh no no no, she couldn't have that, no. That's not even possible. She couldn't be that bad off, but she was and she is," says Brenda.

Julie has problems with movement and speech, so volunteers have to help her stretch her limbs in her yoga class. Her dad, Spencer McMaster, says this class has improved her quality of life.

"When she started she could raise her right arm about 8 o'clock on a clock, and now she can raise her arm more than that, so that is major progress," says Spencer.

Dara Brown started teaching the class a few years ago at Yoga Masala and calls it "yoga for everyone." Brown says everyone is welcomed to attend, whether they have a disability like Julie McMaster, or heart problems or even Post Traumatic Stress Disorder.  She says she saw a need for a yoga class like this and that was her inspiration.

"I think it's just giving an equal opportunity to everyone, like oh today is yoga day," Brown says.

One participate who feels that way is Lloyd Wallace.  Wallace has Multiple Sclerosis which effects the nerve cells in the brain and spinal cord.  He says coming to the class is one of his favorite things each week.

"I hate missing a class. Even for the holidays when they have no class, it's troubling to me because I miss it a lot," says Wallace.

He also says the class has helped him get some of his movement back.

"It helps me get back into the movement of gaining some of my mobility back. It felt so good to have somebody help you stretch and move your limbs again," he says.

Yoga for everyone is held every Wednesday. For a lot of the participants, the class is the best part of their week.  Being around friends and seeing improvements every week is what brings Julie McMaster and Lloyd Wallace back every Wednesday for their favorite day, yoga day.