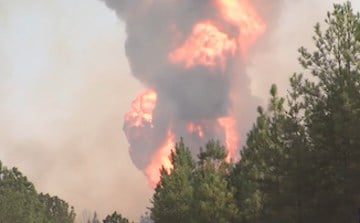 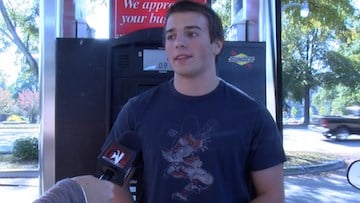 Wyatt Cote is another USC student who says he has felt the impact of rising gas prices. 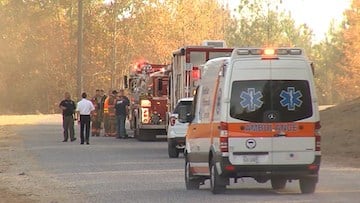 One worker on site during the explosion died, and another five were injured.

Colonial Pipeline predicts it will reopen its gasoline line Sunday afternoon, the company said in a statement Thursday night. That could be good news for drivers across the Southeast, as it would likely stop the recent rise in gas prices.

A section of the line in Shelby County, Ala., exploded Monday afternoon when the trackhoe of a crew working on the line accidentally hit it, igniting the fuel inside.

Colonial Pipeline's lines run from Houston to the New York harbor and bring more than 100 million gallons of gasoline and other petroleum products to areas along them every day. A line shutdown can therefore significantly impact the supply—and price—of gas.

The average gas price in South Carolina has risen about four cents since the explosion, and some USC students with larger cars have already felt the effects. Megen Cochran says it usually costs $60 to fill her tank, but she had to pay $66.50 this week.

"It definitely hurts me because I'm trying to save as much money as possible," Cochran said.

Ernie King is the general manager of the AAA Carolinas Columbia branch. He says if the line does reopen on Sunday, prices likely will not continue to rise.

"If it goes past that, chances are that prices will probably go up a little bit," King said.

The same line was shut down less than two months ago when a section near the site of this explosion leaked more than 300,000 gallons of gas. Gas prices in South Carolina rose by as much as twenty cents after that incident while the line was repaired.