Feeding America and Subway team up to help the hungry - DatelineCarolina

Feeding America and Subway team up to help the hungry

Subway manager Joseph Ghosheh sees a lot of business at his store on the corner of Assembly and College Streets. "We get a lot of regulars. They're a real cast of characters," he said. Ghosheh correctly expected a lot of business for National Sandwich Day 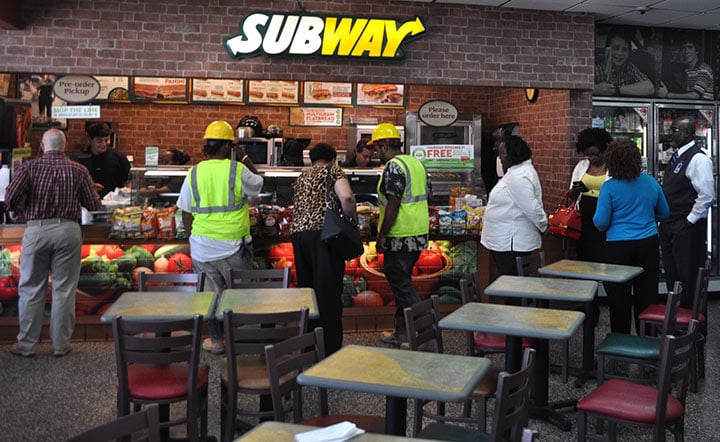 Subway is one of many sandwich chains celebrating National Sandwich Day. Subway's special was buy a sub and get another free.

Thursday was National Sandwich Day and for every sub bought at Subway, the company would donate a meal to Feeding America, a charity that has a nationwide network of food banks to help the hungry

Even in a country as prosperous as the United States, millions of people go hungry or are food insecure.

Nationally, one out of every eight people don’t know where their next meal will come from. In South Carolina, the number is one of every six.

Customers could buy a sub and get one free. For every sandwich sold, the company donated one meal to Feeding America, which Subway estimates will be close to 11 million.

Joseph Ghosheh is a manager of the Subway located within the Shell gas station on the corner of Assembly and College Streets and he knew how well the promotion was going to go.

“We’re typically busiest between 11:30 and 3 p.m. We also expect to draw in a lot of business,” he said. By noon, the line was wrapped around the interior of the building.

Donated meals will help many who are in dire straits.

Seventy-two percent of Feeding America Clients live below the poverty line and the annual household income is just over $9,000. The non-profit says families of four that it serves need the equivalent of 100 additional meals because of lack of funds.

Over 13 million people over 50 are helped by Feeding America.

Several sandwich shops and deli’s featured also had their own deals to commemorate the day. Schlotzsky’s and Penn Station East Coast Subs also had a buy one, get one free deal. McAlister’s Deli had six select offerings discounted to $4. Jersey Mike’s offered a social media deal where people could obtain a coupon for a $2 discount off any regular sub.

National Sandwich Day is observed to celebrate a favorite snack. The sandwich’s invention is credited to John Montagu, 4th Earl of Sandwich.

Its origins are debated, but the popular story is that Montagu once ordered meat between two pieces of sliced bread and friends began to order, “the same as Sandwich.” From that, the name stuck and a dietary staple was born.