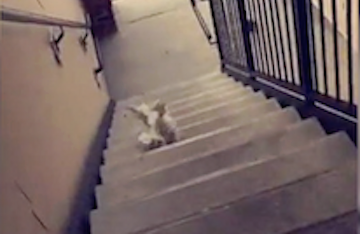 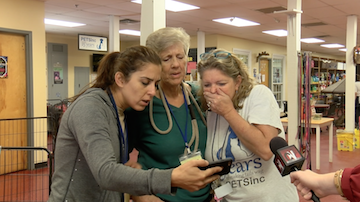 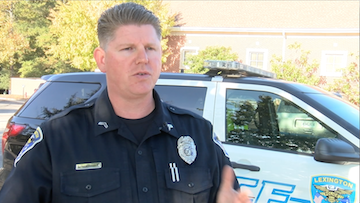 A video has gone viral showing a dog being abused at an apartment complex in Lexington. The video shows a dog being kicked repeatedly and thrown down a set of stairs.

Officers found out about the incident on October 16 through a Facebook page showing the video and still images of the small dog being kicked.

The video showed enough background for police to identify the Cedarcrest Village Apartments and track down the dog's owner, Timothy Mister.

"The owner denied any knowledge of this happening to the dog but he also made statements that he didn't want to get anyone in trouble. Now he's saying that he doesn't know who's involved, so his story has somewhat changes and he's not very cooperative with investigators," said Corporal Cameron Mortenson of the Lexington Police Department.

Corporal Mortenson says the dog was taken from Mister and assessed by a veterinarian who found that the dog was not injured, fortunately.

"So the dog is in great shape, the dog is happy. This is a dog that just loves to play and deserves to have a family that's going to take care of it," Mortenson says.

Investigators say they want to find out who committed the acts of animal cruelty and are asking anyone with information to come forward.

The dog is currently in care with Lexington County Animal Control.

If you have any information, call CRIMESTOPPERS at 1-888-CRIME-SC or the Lexington Police Department.