Lexington County deputies raise money for a cause... with doughn - DatelineCarolina 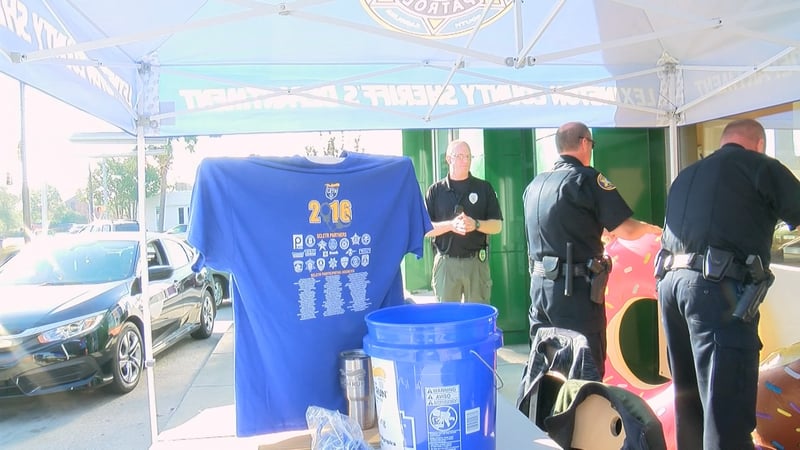 Lexington County deputies raise money for a cause... with doughnuts 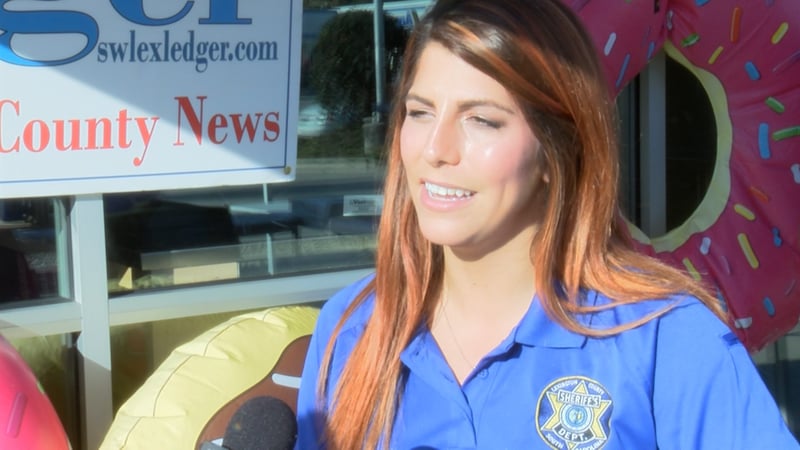 Gallagher says they have a high goal this year, but she believes in the community to show support.

Luthren says the community plays a huge part in his participation at the games every year.

There's a common saying that cops love their coffee and doughnuts. The Lexington County Sheriff's Department and Krispy Kreme are teaming up to use doughnuts to raise money. This week's event is raising money to send athletes to the Special Olympics games.

"Ten dollars gets you a free dozen doughnuts or you can donate twenty for a coupon and a t-shirt," department spokesperson Colby Gallagher says.

Gallagher says raising money for the South Carolina Special Olympics is their way of serving the community.

"What better way to serve our community than by supporting our Special Olympic athletes," she said.

One athlete who sees the benefits of this fundraiser is Travis Luthren.  Luthren has Down's Syndrome and he's been competing in the Special Olympics since 1998. Luthren's main sport is swimming, but he also participates in golf, paddle boarding and bowling. He says swimming is his favorite.

"Just being in the water. Just being with my friends. Just doing what we do best. Just swim hard and talk to each other, and our moms and dads is what I enjoy most," He says.

Swimming is what Luthren does best.  He won two gold medals in the event in the national games in New Jersey.  He won the 25 meter freestyle and the 25 meter backstroke.

"The backstroke is my hardest event, so when I won I felt good. I felt excited. I felt pumped. I saw my mom and she was the proudest mom," says Luthren.

"We know that's a big goal, but we believe in our community supporting this so this is very doable," says Gallagher.

Luthren believes the community will show up too because he says they play a huge part every year.

The Sheriff's Department will be at Krispy Kreme until Friday night, so Luthren says to come by and visit.

"Come out and talk to us. Have a doughnut on us. Come by and give a donation," He says.