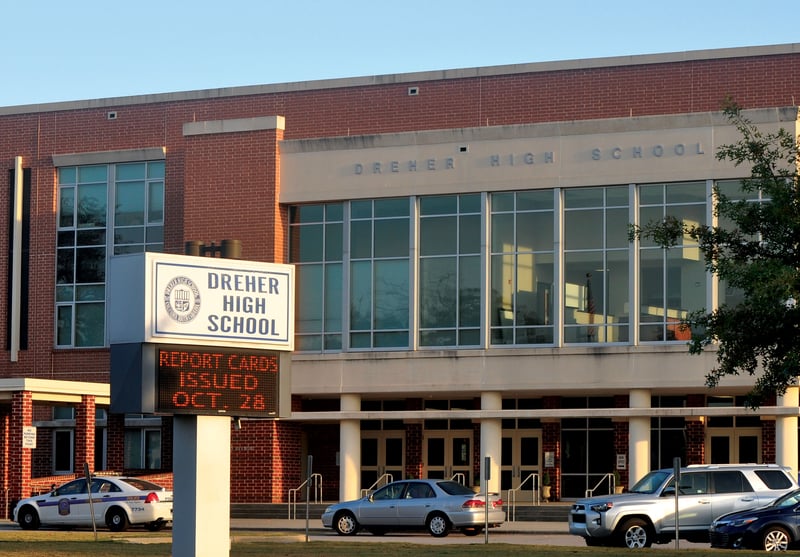 A wake-up call for S.C. schools

Cora Breuner, attending physician at Seattle Children’s Hospital and chair for the committee on adolescence at the American Academy of Pediatrics, says that later start times for teens reduce the risk for obesity and diabetes and improve mental health. 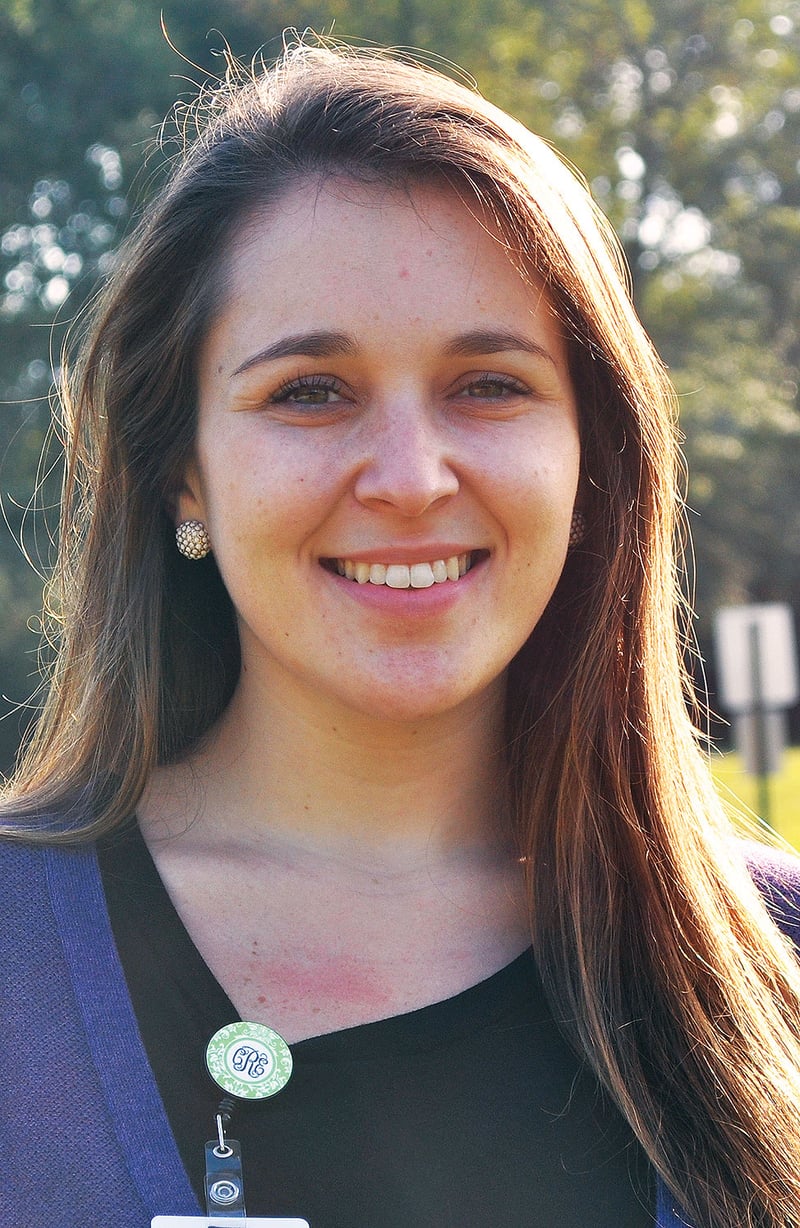 Early mornings can be detrimental to young teachers as well, who also need to get a full night’s sleep. “I’ve formed a whole new sleep schedule to keep me going,” said Cameron Reid, 22, a seventh-grade science teacher at Northside Middle School in Cayce.

The sun had yet to rise on a recent weekday morning, but high school junior Milan Simmons was already on the second leg of his morning commute to a neighboring school where he studies culinary arts.

Simmons, 17, is a junior at White Knoll High School in Lexington and is one of many high school students who wake in the dark hours of the morning. In his Lexington One school district, high schools begin at 8:20 a.m. and middle schools at 8:05.

This is despite recommendations from the American Academy of Pediatrics and research showing the benefits of starting school after 8:30 a.m. for adolescents. The average high school start time in South Carolina is around 8 a.m., according to statistics from the Centers for Disease Control and Prevention.

But that may be changing as science catches up to tradition of early school starts.

Debbie Moore is the Texas Chapter Leader for Start School Later, Inc., an organization dedicated to promoting research and implementing later school start times in school districts across the country.

She saw firsthand how lack of sleep can affect young students when her own daughter, who is now a freshman in college, developed migraines from her sleep schedule in high school.

“The very time that kids are being forced to get up and get dressed and get ready for school is when they’re in their deepest sleep,” Moore said. “They become like shift workers.”

Teenagers get a bad reputation for sleeping until noon, but adolescents physically can’t help staying up late.

A June 2016 study published in the Journal of School Health described that when a child reaches puberty, their sleep cycles change.

Children who could have easily gone to bed around 8:30 p.m. now have trouble falling asleep before 10:30 or 11 p.m. and even more difficulty waking before 8 a.m.

According to the Centers for Disease Control and Prevention, teens need between nine and 10 hours of sleep per night. According to CDC’s High School Youth Risk Behavior Survey, 72 percent of high-school age students in South Carolina report getting less than eight hours of sleep on the average school night.

Dr. Cora Breuner, attending physician at Seattle Children’s Hospital and chair for the committee on adolescence at the AAP, says this has to do with a surge of melatonin, a hormone associated with sleep, and the body’s circadian rhythm, which is responsible for regulating when the body will sleep in a 24-hour period.

“It makes a lot more sense for the younger kids to be starting school earlier than teenagers, physiologically,” Breuner said. “And that it has [been this way] for so many years is so interesting because this is not new information.”

Breuner says there are other health consequences associated with not getting enough sleep, too, like increased risk of obesity and diabetes, heightened anxiety, and higher likelihood of engaging in risky behaviors with drugs or alcohol.

Sleep duration times are also inversely associated with absenteeism, academic achievement and school readiness. Simmons says that he can see how early start times can be linked to absences.

“There are a lot of kids in my shoes who have to get to school super early, and they decide, ‘I’m just going to miss the day,’ because it was just too early,” Simmons said.

This affects more than just students, too, Moore points out.

“Even our first-year teachers have trouble going to school at those early hours,” Moore said.

According to Breuner, the brain is still developing up until the age 25, and sleep is vital to that development.

Cameron Reid is a first-year teacher in at Northside Middle School in Cayce. By 7:45 a.m., her seventh grade science class is filing into homeroom, which begins at 8:10 a.m.

Reid, 22, says that she is typically so exhausted after work that she takes a nap right when she gets home, and then strives to go to bed around midnight to sleep as much as she can before her 6:30 a.m. wake-up call.

And while napping can help in the short term, Breuner says that napping for one hour and sleeping for five hours later is still not as restful as a full eight hours.

Even if you’re over the age of 25, Breuner says that everyone should strive for eight to 10 hours of sleep.

“It’s not a perfect world,” Breuner said. “But it’s definitely more perfect when you get more sleep.”

So if the AAP and the CDC support them, why hasn’t there been a wider spread adoption of later school start times?

Ryan Brown, a spokesman for the South Carolina Department of Education, said in an email that school start times are “strictly a district-level decision.”

“One of the largest influences on school start times is the school bus schedule,” Hill said in an email. “This district, like all the districts in the state, is required to double- route buses. For Lexington One, this means our buses must do an elementary route and then a middle or high school route.”

Moore says that these barriers shouldn’t deter districts from pushing times back for their students.

“Those districts that have changed the start times are pleasantly surprised that those concerns that they were worried about pretty much just worked themselves out,” Moore said. “Communities pretty much revolve around the school day, not the other way around.”

Schools that have hit the snooze button

Among the many high schools in the nation that have begun using later start times is Hilton Head Island High School in Hilton Head.

“The American Academy of Pediatrics came out with a study saying that after 8:30 a.m. is better for teens,” O’Nan said. “But common sense told us that long before the AAP.”

With the later time, O’Nan said that there have been fewer absences, tardies and discipline referrals, and that the upperclassmen who have experienced both start times prefer the later one.

“They’re more alert and the sun’s up when they come to school, which makes a big difference,” O’Nan said.

Since Hilton Head Island High School’s success, the Beaufort County School District made the decision to push start times back for the 2016-2017 school year.

James Foster, spokesman for Beaufort County School District, said that the success of the pilot and the “unanimous research” led the district towards this decision. Foster said it’s still too early to determine the overall success of the later times.

So far, Foster said he’s only received a few complaints about the new times from elementary and middle school parents, who now take their children to school at the time formerly designated for high school students. But concerns about athletics and extracurricular programs have failed to materialize.

“Not to say that those things won’t show up, but in the first couple of months, it hasn’t proven to be a big problem,” Foster said.

Later school times are not the only way that kids can get more sleep, Moore said, but they do serve as a community-wide declaration of the health importance of sleep as a public health issue.

“It’s no different than saying, ‘Well, you’ve got asbestos in a ceiling,’ or, ‘You’ve got lead in the drinking fountain.’ Then it’s not a choice, it’s something you know you need to change,” Moore said.