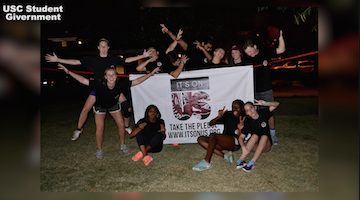 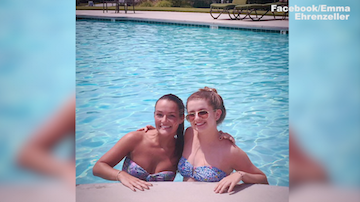 Emma Ehrenzeler (right) signed the "It's On Us" pledge after her best friend Delaney Robinson (left) told her she was sexually assaulted. 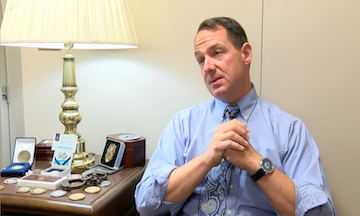 A USC group is trying to end the growing problem of sexual assault in our country.

USC's student government hosted a “Week of Action” inviting students to be a part of the solution.

“It’s a pledge to end sexual assault and prevent it from happening, and to understand when it may occur, intervene when it does, and create an environment where survivors are supported and victims are never blamed,” says USC It’s On Us chair Lindsay Bratun.

President Barack Obama and Vice President Joe Biden launched the “It’s On Us” campaign in September 2014 to combat this problem on college campuses.

“Campus sexual assault is something we no longer, as a nation, can turn away from and say that’s not our problem,” said President Obama.

The ‘It’s On Us’ two year report says over 360,000 people have signed the “It’s On Us” pledge to help combat sexual assault on college campuses around the nation.

The same report says one in five women nationally will be sexually assaulted during their college years. Representatives of a company that teaches women's self defense classes on USC's campus says the number of victims is even higher at USC and Clemson. One in four students experience sexual assault while in school on those campuses.

“At the Chapel Hill Police Department, it seemed like when a football player or someone of importance is involved, it’s just going to be brushed under a rug,” says Ehrenzeler.

The USC Police Department encourages victims of sexual assault to step forward, and Captain Eric Grabski says he signed the “It’s On Us” pledge himself.

“I’m very passionate about protecting our community,” says Grabski. “We’ll go to whatever length it takes within the guidelines of the law to be able to bring to justice anyone who has committed a crime like this.”

Grabski says USCPD officers are well trained and he hopes students know, they are there to help.

“You have this huge support system that’s standing ready, not just to bring the person to justice, but to provide the much needed support to get through a situation like this,” says Grabski.

If you are interested in signing the pledge, visit itsonus.org.