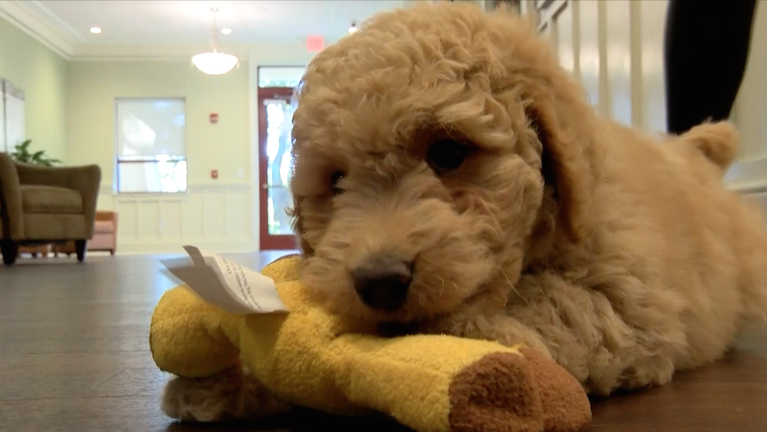 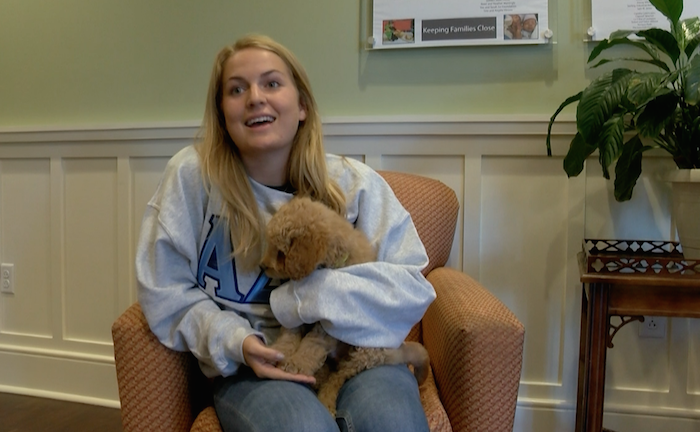 Hannah Haskin is ADPi's Philanthropy Chair. She coordinates the chapter's fundraing and donations for the Ronald McDonald House. 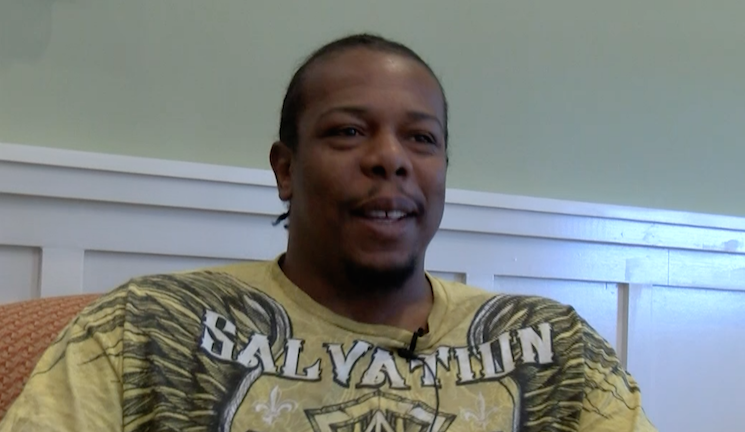 Albertus Edmonds' daughter is currently a patient in the Children's Hospital. Edmonds has been in the house for over a month. Walking in the door to Alphie makes him feel more at home.

Alphie is a Golden Doodle puppy that's in training to become the therapy dog at Columbia's Ronald McDonald House. He'll help families of children hospitalized at Palmetto Children's Hospital who stay at the house feel more at home during their stay.

Members of the USC chapter of the Alpha Delta Pi sorority, who supports the Ronald McDonald House, donated Alphie.

“We were thinking maybe a bench or a fountain and then we decided to donate a dog because he’ll be here for years to come. So it will be a nice permanent gift to the house from ADPi,” said ADPi Philanthropy Chair Hannah Haskin.

The Ronald McDonald House of Columbia recently moved to a bigger house.  They have up-sized from eight bedrooms to sixteen. The house served 158 families last year, but were forced to turn away 140 families because of a lack of space. This bigger house will allow more families to be in a home closer to their child.

“This house has been open for five weeks and I have not had to tell a single mom that, 'no, I don’t have a room.' That’s a great feeling,” said Operations Director Liz Atkinson.

Albertus Edmonds has been staying in the Ronald McDonald House for over a month.

“If it wasn’t for the Ronald McDonald House I would be lost. It’s a big house, I’m closer to my daughter, and they make you feel like family,” said Edmonds.

Alphie will help with that.

“This puppy is going to make this house a better place and we are thankful to have him here with us,” said Atkinson.

Alphie will also go to the hospital to visit the children in the family area when his training is over.