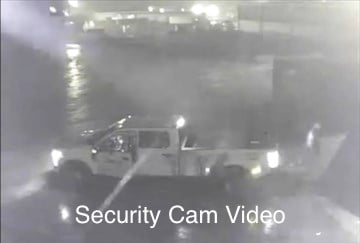 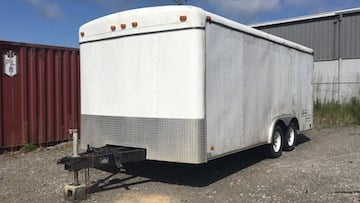 Trailers do not have to be registered in South Carolina, so Larratt's has not been found yet. 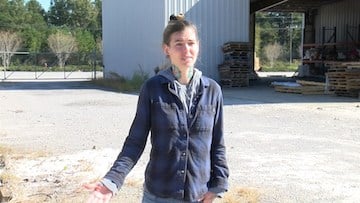 Larratt says there isn't much she can do now to get her trailer back, but would just like to know who did it.

Police are searching for three men who stole a 20-foot trailer from the South Beltinline Gills Creek Community Relief Foundation on Shop Road. The trailer contained $10,000 worth of flood repair tools.

Rachel Larratt is the Executive Administrator at the Relief Foundation. She has been volunteering to help with flood repairs since the record floods last year. Larratt says she was prepared to help when Hurricane Matthew came ashore earlier this month.

The night Matthew's winds and rain reached Columbia, there was a power outage at the warehouse where the trailer was stored. Surveillance cameras were able to capture pictures of three men in rain gear getting out of a white pickup truck. The men pulled out with the trailer in less than ten minutes.

Police believe the three men stole another trailer from the warehouse later that night, but the storm had knocked out the security cameras by then.

Larratt has been working with the Richland County Sheriff's Department in hopes of identifying these men.

"It's being investigated by investigators. It's one of those where they knew what they were doing...They cut the gate, they had the truck that was good enough to pull a 20-foot trailer, so they seems like they were pretty prepared to do what they came to do," Katelyn Jasak, Public Information Officer for Richland County Sheriff's Department, said.

There have been no leads on suspects and the only evidence the three men left behind was a flashlight.

Trailers do not have to be registered in South Carolina, which would make Larratt's trailer harder to find.

"If it's an out of state group that stole the trailer, that might be better because if they try to register it somewhere else, you know it'll show up in the stolen vehicle database," Larratt said.

Police encourage you to contact CrimeStoppers if you have any information on the location of the trailer or can identify the suspects. Your tip could earn a reward up to $1,000.