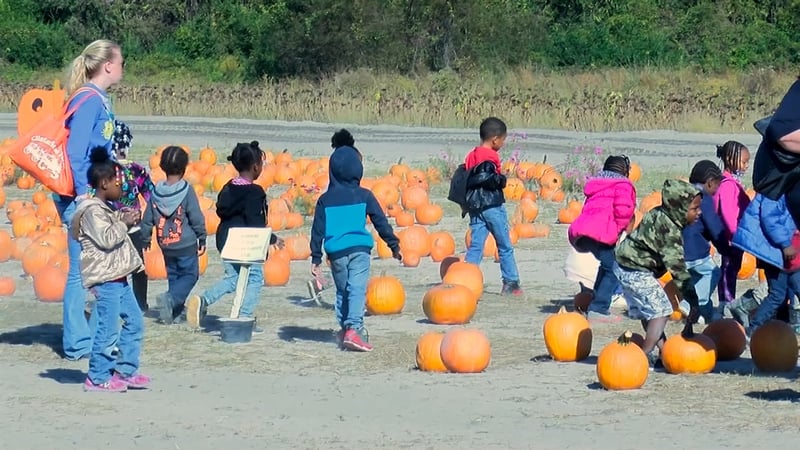 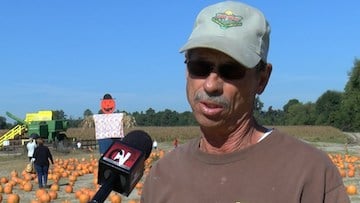 Clinton Sease enjoys bringing families together through the works of his family's farm. 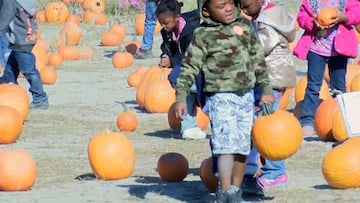 Kids of all ages can choose any pumpkin of their choice from the pumpkin patch.

Hay rides and pumpkin patches are common around Halloween time, but for Clinton Sease, Halloween is much, much more.

Sease grew up on his farm that's been in his family for generations. Originally, this family farm grew vegetables, but now Sease says they have a different mission.

"We don't grow farm vegetables like we used to, we farm people," says Clinton Sease.

Twelve years ago Sease decided to change things up by adding a Halloween corn maze for the Midlands people to enjoy each fall. Since then, the activities only continue to grow.

"Every year we've been adding something new and about three years ago nobody else around was doing a pumpkin patch so we decided we'd add a pumpkin patch," says Clinton Sease.

Sease's family members are also involved, his daughter helps with the haunted night tours and his wife quit her school teaching position to help with farm tours.

This family friendly farm has not only brought his family together, but has also become an annual tradition for other families.

Sease says that this is going to be their biggest year yet, and they plan on having over 7,000 kids come out just for the pumpkin patch.

The pumpkin patch isn't the only thing the kids enjoy.

"I like the cows because they make milk." "And I like how the donkeys ate the corn," said two kindergartners.

Clinton Sease Farms has had so many families come out this year, they will be open until mid November.