Dancing and singing, how one fair employee gives his customers a - DatelineCarolina 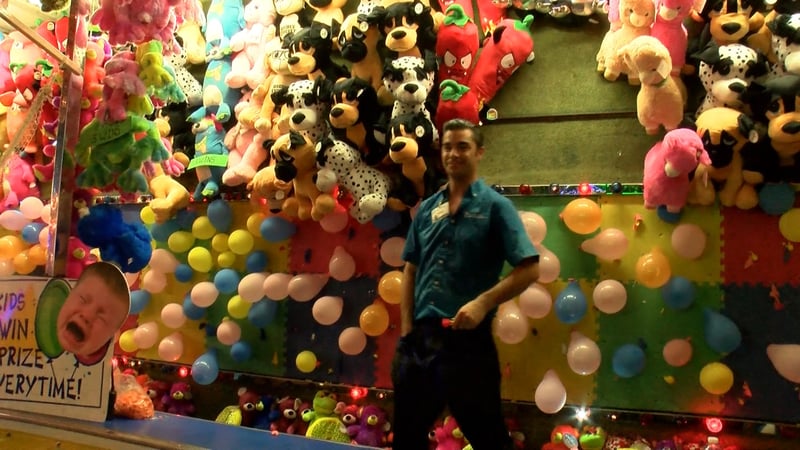 Dancing and singing, how one fair employee gives his customers a show. 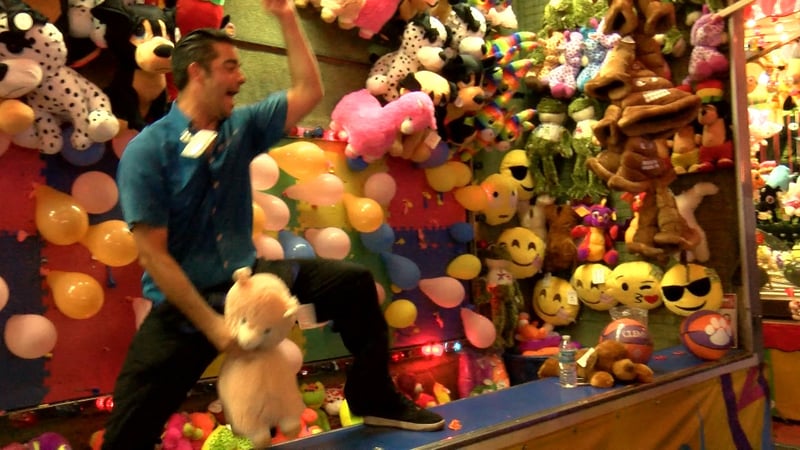 "I was built to show entertainment," says Tapley 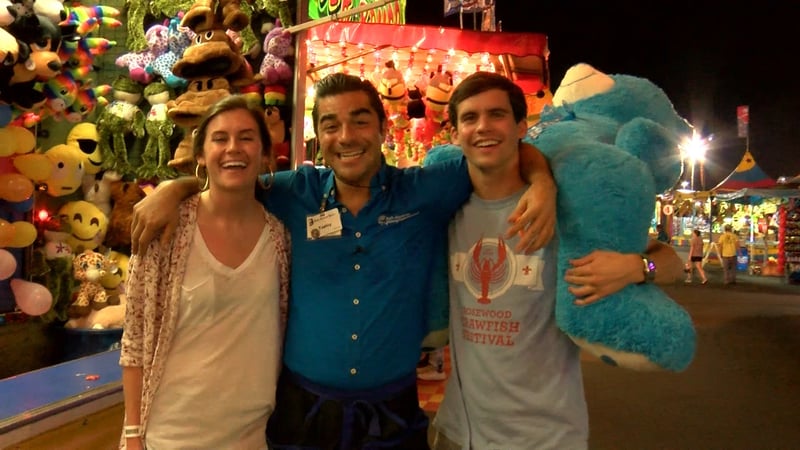 The South Caroina State Fair is a fun time to enjoy rides, eat deep fried food and try to win some prizes. But for Jonathan Tapley, the fair is home.  Tapley runs a balloon popping game on the Midway.

Tapley's grandfather started working at fairs in 1958 selling hot dogs and orange juice for thirty-five cents. His father continued the tradition, running a donut stand, and that's how Tapley got involved.  At the age of four he would help his parents sell donuts by singing a little song to all the customers.

He still works sales at the fair 30 years later.  He's not selling donuts, he runs at a game booth and sells prizes.

"Sadly enough I sell teddy bears, but it's okay because I've got a few to spare, so just send it in. I've got a prize every time," he says.

Tapley's customers throw darts to try to pop balloons.  He says a lot of people think the game is made to be impossible to win, but that's not the truth. He says he's had babies pop the balloons before, but he stresses even if no balloons are popped, he still gives out a prize.

"Throw it on the floor. Hit me in the leg. Throw it over the booth. I give out a prize every time," he says.

Getting a prize every time isn't the only reason people like to stop by Tapley's booth. He draws people in by giving them a show.  Whether that be riding a stuffed llama or singing a song, Tapley loves to entertain.

"I'm there to give them a show they've never known," he says.

His sings, he dances, he chats with customers and he tells lots of jokes.  He says it gives people a chance to laugh and puts a smile on their faces.  Tapley says he loves his job because the customers are so important to him.

"I don't look at a customer as just another dollar. It breaks my heart when I'm too busy and can't work with a customer one-on-one," he says.

Tapley makes good money, averaging about $3000 a week, but he says the customers are the reason he's been working at the fair for so long.  This year however, will be his last year.

"I have to go see what else is out there because I know there are better fish to fry," he says.

Tapley will travel two more spots with the fair, and then he has an audition in Canada to be the voice of the National Hockey League. He says he's really excited about this opportunity because he used to play hockey when he was younger and he's from Canada, where hockey is a big deal.