What are first time voters doing to prepare for the election? - DatelineCarolina 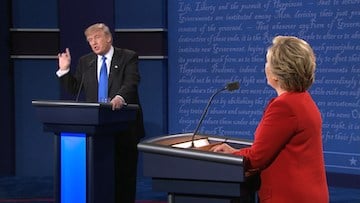 What are first time voters doing to prepare for the election? 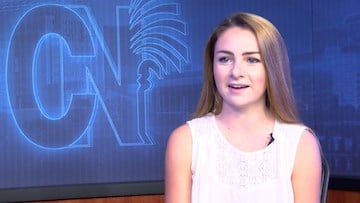 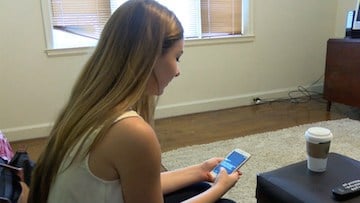 Young voters get the majority of their political information from social media.

Political Science teacher Shickre Sabbagha is worried that the information first time voters get online is more biased than they realize.

The 2016 election season is unique for many reasons: Republican Nominee Donald Trump is dealing with a vulgar video scandal, Democratic Nominee Hillary Clinton is dealing with an email scandal, and all Millennials are of legal voting age.

That last reason means young voters could play a huge role in deciding the next President…that is, if they come out and vote.

According to the Pew Research Center, only 46 percent of eligible voters ages 18 to 29 voted in the 2012 election. Meghan Durant is a first time voter who says that young voters like her need to understand how important it is that they go to the polls on November 8.

“It’s important to know that you have a voice and we are very very fortunate to be able to cast a ballot for the leader of our country,” Durant says.

She says their votes must be educated, though.

“Staying up to date with what each candidate says and does throughout the election is pretty important,” she thinks.

Shickre Sabbagha is a Political Science teacher at Midlands Technical College. He worries about how young voters get their political information.

“Between their friends and social media, that’s where they get their news,” Sabbagha says.

Meghan thinks that following the candidates on social media is a great way to stay caught up with them.

“Staying up to date with what each candidate says and does throughout the election is pretty important, so I follow both candidates on Twitter, pretty much on every form of social media,” she says.

Sabbagha says that the predominate use of social media can cause people to get stuck in echochambers, and not be exposed to other opinions.

“What’s happening at large is that you end up being friends with the exact same people that you are …the news stories, the news organizations that you like to listen to because you know they’re correct, they’re right,” he says.

And Sabbagha knows that the candidates are targeting millennial voters through social media.

“This year Clinton and Trump are trying to take advantage of that and reach out to voters through social media,” Sabbagha explains.

But besides using social media, how are first time voters getting their political information? Millions of voters tuned into the three Presidential Debates, and first time voters, like Meghan, are using them to help make their decisions.

“I think it’s incredibly important for people to watch the debates. It puts them in the same arena, gives them the same questions. It gives voters a chance to see how they’ll respond when put under pressure. It gives the candidates an opportunity to pitch themselves and explain why the other candidate is the lesser choice,” she thinks.

Sabbagha is worried that while the showdown between Clinton and Trump is entertaining to watch, it might scare first time voters from coming to the polls.

“There’s so much negativity…Everybody’s so turned off…There’s no clear public policy discussion…Does that cause people to not want to vote? To not watch?... Or are they so angry that they come out and vote?” he asks.

Meghan thinks that this election might have a negative impact on the millennial vote.

“I think that a lot of people have been turned off from politics because of it. They’ve kind of retreated into their homes and are scared to vote because they’re not satisfied with either candidate,” she says.

Meghan also is curious about what the situation would be if we had different nominees.

“I think that Bernie Sanders caught the attention of a lot of people in our age group, which sparked a lot of people to become involved in politics, to want to vote. When he didn’t get the nomination, a lot of Millennials were discouraged. They weren’t happy with Clinton being the nominee. I’ll be interested to see if those who so strongly supported Bernie Sanders will come out and vote for Hillary Clinton or Donald Trump. But I’m not sure, we’ll have to see,” Durant explains.

Sabbagha understands the stakes of this unique election.

“This very atypical and unusual campaign might get them excited or turn them off because of the negativity,” he says.

But he doesn’t want first time voters to get too caught up in the excitement Trump versus Clinton is bringing.

“Hopefully we’ll get back to more boring policy discussion in the next election,” Sabbagha says.

Casting a ballot is important but Meghan says first time voters should make sure they’re voting for the person they identify with most.

First time voters are also more diverse than ever, with one quarter of them identifying as independent, according to CIRCLE, the Harvard Institute of Politics and voting experts. This diversity has the potential to hugely impact who our next president is.

“I hope that voters my age will first of all show up to the polls because I know that’s a huge issue among our age group. But they go out and vote not based on their party identification or what their parent’s party identification is but rather who they think is going to represent them better,” Durant advises.

While the Millennial vote was extremely influential in the 2008 election, we won’t know the impact young voters will have until November 9.