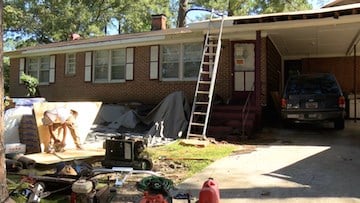 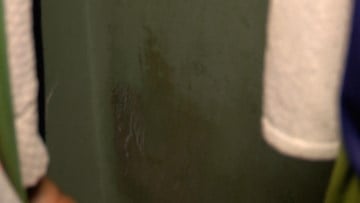 Peay says the mold caused by flood water underneath her house turned one of her closets "just black". 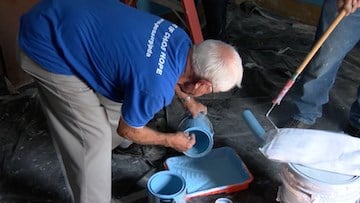 Russ Rankin and his fellow volunteers from the Presbytery of Western North Carolina spent a week working on a home just off North Main Street.

Tommie Peay couldn't believe how hard the October 2015 flood hit her home in the Hollywood Hills neighborhood of Columbia.

"We never dreamed that we had that much water that had come up under our house," Peay said.

Her floors buckled in places, and mold grew throughout the house. Peay and her husband tried to clean over the last year, but most of the mold is still there today.

United Way of the Midlands reports that Peay's house is one of more than 1,200 in Richland County still needing repair after the flood. And the organization is trying to help.

United Way of the Midlands launched an initiative called Restoring Hope earlier this month. Its goal is to remind the community of the ongoing need for flood relief and encourage more donations and volunteers.

Jennifer Moore is a senior director at United Way of the Midlands. She says the one-year anniversary of the flood was a good time to launch the effort.

"We didn't want to just commemorate. We wanted to accelerate the recovery, and we wanted to get everybody back home," Moore said.

The Restoring Hope website says more than 26,000 people in Richland and Lexington counties applied for aid money from the Federal Emergency Management Agency after the flood. Moore says the 1,200 homeowners still needing help are those who did not receive enough, either from FEMA or insurance, to cover their repair costs.

This has created the need for donors and volunteers. United Way of the Midlands wants to raise $2 million for flood relief and to completely repair at least 250 homes during the next year.

One way to get involved is to visit the United Way of the Midlands volunteer portal and get in touch with several organizations leading the repair projects.

SBP, formerly known as the St. Bernard Project, is the relief organization managing Peay's case. Leah Cossette, community engagement manager for its operations in South Carolina, says volunteers do not need any experience. They will receive instructions from a trained site supervisor and be provided with all the necessary tools and safety equipment.

"[Volunteers] can expect a lot of hard work, and you can expect to contribute to rebuilding your community and also to experiencing a really great emotional response from a homeowner," Cossette said.

Russ Rankin was one of 12 volunteers from the Presbytery of Western North Carolina who spent the week of Oct. 17 working at another SBP site in Columbia. He encourages others to volunteer because of all the work that still needs to be done in the Midlands.

"Don't let time be an erasing factor in your mind, because just because the storm happened a year ago doesn't mean that everything is back to normal," Rankin said.

"It's just important to know that, the folks and the families that are out there that need to come home, that they know that they're not forgotten," Moore said.

Peay certainly does not feel forgotten.

"Knowing that there's someone out there that's working on this problem—it makes you feel better," Peay said.

Cossette says Peay's home should be fully repaired in about a month and a half. For this homeowner, it seems hope is truly being restored.

"I just thank God for the people that have helped me. And anything or any way that I can say or do to support them, I really will," Peay said.