Some families still rebuilding one year after Columbia's histori - DatelineCarolina

Some families still rebuilding one year after Columbia's historic flood 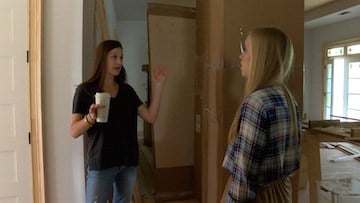 Flood victim, Amy Dupree, walks through her new home being built on the same property as her old home. 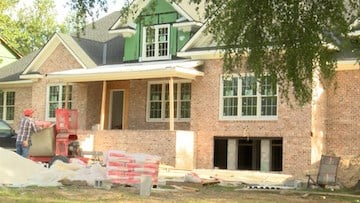 The new Dupree home that is built six feet higher than the previous home. 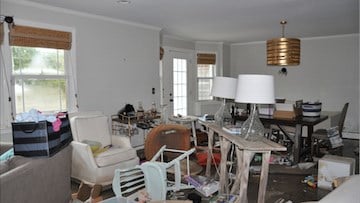 The Dupree's came back to an overwhelming sight of their home turned upside down after the flooding, losing everything from furniture to senitmental pictures.

One year ago the state of South Carolina, and especially the Columbia area, were forever changed by the historic Thousand Year Flood. Homes, businesses, and lives were picked up and washed away by mother nature.

Now a year later, some families are still picking up the pieces. One of those families is the Duprees.

"Some people were back in their homes in 6 months and here we are a whole year later and we're still not there yet," said Amy Dupree.

Dupree remembers Oct. 4 of last year hour by hour as water rose higher and higher in their Woodlake Drive home across the street from Lake Katherine. She didn't know what would be left of the home where she had raised her family.

"Water had started coming into the house and it was already at about thigh or waist level so at that point we realized that we couldn't stay," Dupree explains.

The water ended up going all the way to the roof, and the Dupree family had to be rescued by boat. In the days following, people from all over came out to help the family.

"I had days that a lot of people were here that I didn't even realize or people that dropped food off and never even wanted a thank you," Dupree says.

The family lost everything from furniture and meaningful pictures, to baby items that Dupree was planning on saving for her future grandchildren.

They have been living in a townhouse over the past year while a new home is being built on the same property. They will get to move into their new house around Thanksgiving of this year. They are excited but they worry it may not hold the same memories as their old home.

"We weren't able to say goodbye to our house, and for me, I raised my four kids there and a little bit of me wishes that we were going back to the same house," Dupree says.

Dupree says she and her family like to remind themselves that what they feel like is their nothing is still much more than some people's everything. They lost so much, but they gained an appreciation they still have each other.