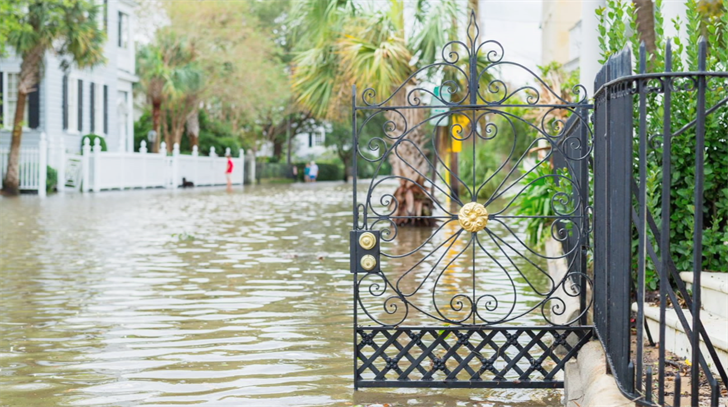 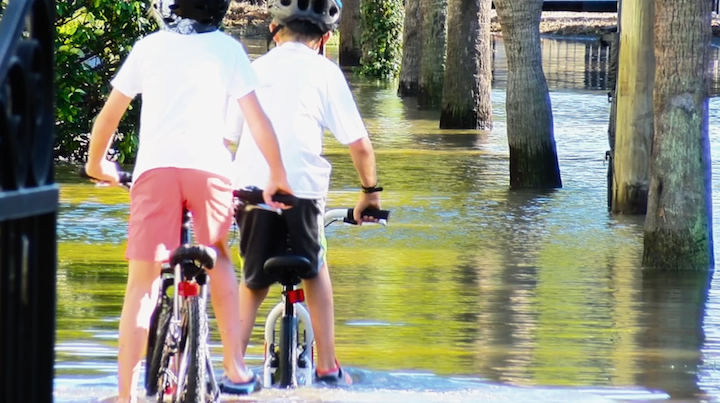 Kids took to their bikes going through two feet of water to get home. 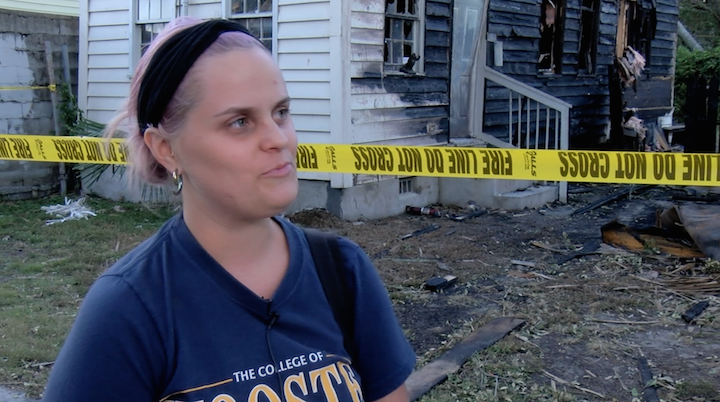 Julie Bulzaik says this is the second home she has lost in less than a year.

Charleston was hit hard after Hurricane Matthew hit the coast of South Carolina. Charlestonians were told to evacuate, thousands of people left others decided to stay.

"Eight to ten feet of swells constantly hitting against the wall... every time a wave would hit the wall it was 4-5 feet in the air of just splash coming over top of the wall," Charleston resident Connor Kilgallen said.

The Holy City got 13 inches of rainfall and was hit by winds up to 50 mph. Many people boarded up their windows, doors, and put sandbags out front of their homes.

Charlestonians prepared for the storm by evacuating. Due to unknown causes an evacuated house caught fire and with the strong wind gusts so did the neighboring home.

"The wind was going so strongly this way from the hurricane that the flames went right into our house here," homeowner Julie Bulzark said.

Bulzark lost everything that late Friday night. She is struggling to get back on her feet and she is not alone. Kilgallen's home was hit hard from the hurricane as well.

"I have a foot of water in it right now so I"m working on that so my living situation is a little in the air right now," Kilgallen said.

Disaster relief teams are working hard to restore order in the city, pumping water out of people's houses and the roads.

Charleston continues to deal with the aftermath of the hurricane and many people there say they will never quit being Charleston strong.