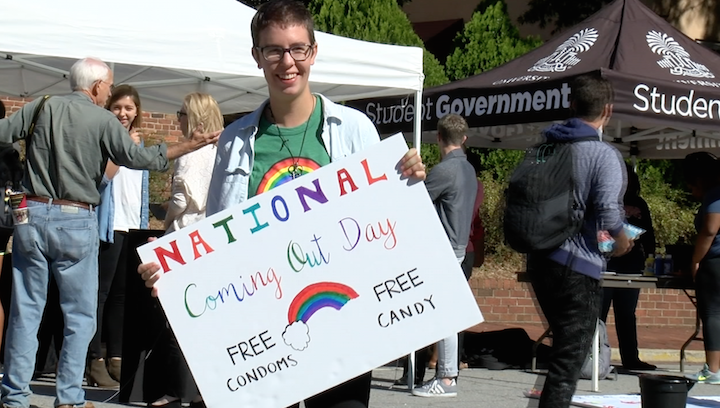 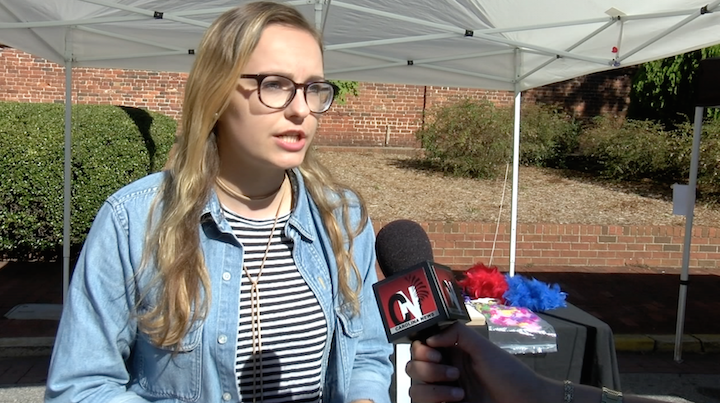 IRIS president Kaitlin McClamrock thinks coming out is a powerful experience. The booth set up on Greene Street was for those who identify as LGBTQ and allies.

An average of 9 million Americans identify as LGBTQ. In honor of National Coming Out Day yesterday, USC's student organization, IRIS, set up a booth on Greene Street as a way for LGBTQ students to celebrate their coming out experiences.

IRIS stands for Individuals Respecting Identities and Sexualities, and declares itself as a social, advocacy, and service organization for members of the LGBTQ community. IRIS president Kaitlin McClamrock believes coming out is a sensitive act that should be respected.

"It's a really powerful experience for people to really own who they are, but it's not for everyone. There's never any pressure to come out at all. For most people it's a really positive reaction," McClamrock said.

USC student Julia Hogan took part in Coming Out Day. She identifies herself as a lesbian, and finds the LGBTQ community to be so strong because relationships are built on their identities, which is something the straight community does not do.

IRIS holds events throughout the year to educate and raise awareness about the LGBTQ community.